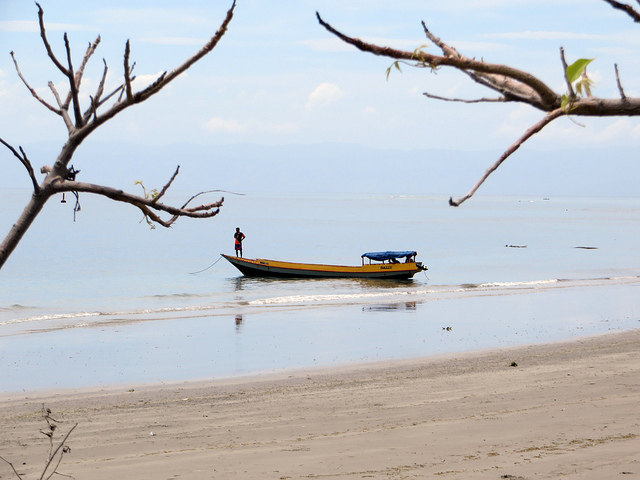 But despite 450 years of Portuguese presence (ending in 1975) few people speak that language fluently. Those older than 50 tend to be more adept; they were of school age when the Portuguese ruled. Timorese between 30 – 50 do pretty well in Bahasa (Indonesian) for they were students during the Indonesian occupation. Younger folk, under 30, are showing substantial interest in learning English – – not an official language in the country – – but a fair bit more useful internationally than the others. Fortunately for me, my local work colleagues all speak English.

I can always get one of them to translate the finer points of business planning to the local fishermen who aspire to become mud crab farmers. And they want to become mud crab farmers in order to generate supplemental income for their families. Many live on less than $2 per day from their fishing and subsistence farming activities. These farmers are rural. Most are illiterate. Most are innumerate. It is difficult for them to calculate the amount of food to toss into their crab ponds. My NGO (ACDI/VOCA) is providing a technical expert to help the farmers get started…but eventually they must proceed on their own. I hope that food calculation can be picked up by illiterate and innumerate farmers. That will be a challenge.

After working on the Mud Crabs of Timor Leste business plan and observing the excavation of the first of 20 crab ponds, I took a weekend break on Atauro Island. This Timorese paradise is 15 miles offshore and sits on the Eurasian tectonic plate. Timor Leste itself is on the Australian plate. The ocean depth between the two plates plunges to over 15,000 feet deep. I put on my snorkel, mask, and fins, but try as I might, I never got much closer than 15,000 to the bottom. Actually, close in to shore are some of the world’s most pristine coral reefs; the most beautiful and diverse I have ever seen. In fairness, I should point out that I grew up in the middle of the desert. The main island of Timor Leste also has excellent coral for diving and snorkeling. At a few of the sites, however, one must be alert for saltwater crocodiles.

Timorese are predominately Catholic (95%) but with animist beliefs interwoven. For example many believe that crocodiles are ancestors of people. In fact, the county itself is a giant croc that rose up from the sea. The rugged mountains are its back. One of my colleagues told me that one should always speak to the reptiles before entering the sea. He always tells the crocs that he is not there to harm them but to fish or to swim or to collect crabs. “Then they won’t attack me.” “Once I saw a crocodile near my boat and I spoke to him nicely and he swam away.” “That is key important.” “Only if you don’t speak to the croc will he harm you.”

I asked if people were ever attacked even after speaking to the crocodile. He admitted that if you don’t speak in the right way they might attack. “Or also even if you speak to them, but you did something bad like murder someone or say bad words.” (There seems to be a fairly broad range of crime in this example.) He knew of a lady who stole a pig from her neighbor. She cooked it, fed her family then hid the carcass in her well. “But she forgot that she would need to go to the sea sometime. When she went to the sea, a crocodile ate her.”

He told me his brother has special skill to speak to the crocodiles. He can address them in any (human) language and the crocs will understand him. Once a villager stole someone’s cow. When confronted, the thief said a crocodile had taken it. “So my brother went to the sea and asked the crocodiles to line up. They did. Then he said, ‘If you took the cow, please open your mouth.’ All mouths remained shut, so he knew that a crocodile was not the one who took the cow.” “Later the man that took the cow was in the sea and a crocodile killed him.”

I offer these vignettes with no judgment, merely as a neutral reporter of cultural beliefs. You may draw your own conclusion.

One of the great joys for me of these assignments is that I always learn something new from my experience. In this case the Southeast Asian Fisheries Development Center sent one of their leading experts on mud crab cultivation to train our farmers. I have paid attention so that I can help you with your backyard mud crab cultivation. This is assuming, of course, that you have a tidal mangrove forest in your backyard. And no crocodiles, because once I used bad words.