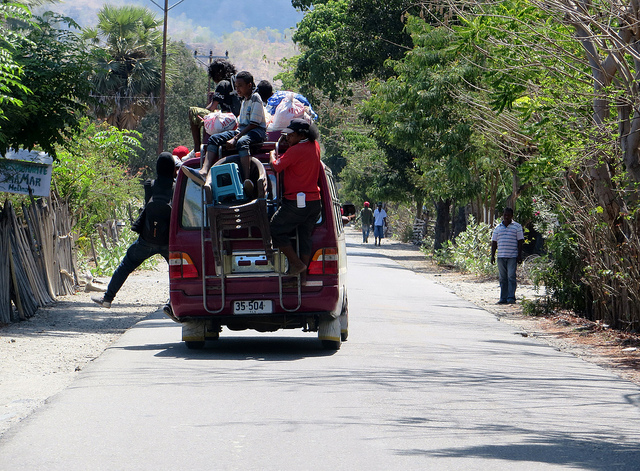 I suspect many of you may find Timor Leste a rather obscure country – – perhaps even an unknown country. But its obscurity is what attracted me to it.

The third newest country on earth (2002) is in the Indian Ocean, northwest of Australia at the eastern end of the Indonesian archipelago. (For Business Trips to the Edge bonus points, name the world’s two newer countries.) This island nation is about the same size as Connecticut and is one of only two predominantly Catholic countries in Asia. And the other would be…? If you guessed Indonesia you couldn’t be more wrong. Indonesia is the world’s most populous Muslim nation. But if you selected the Philippines you are correct. Congratulations.

Timor Leste is commonly referred to by English speakers as East Timor. Leste is the Portuguese word for east. And in an unnecessary bit of redundancy, Timor, in the native Tetun tongue also means east. East East. Sort of like the redundant names in my home state of New Mexico. There we have the Cerrillos Hills and the Rio Grande River. But I stray from topic.

Timor’s recent independence followed 24 years of brutal occupation by Indonesia preceded by 450 years as a Portuguese colony. Neither the occupier nor the colonist spent much time developing home grown businesses and an effective government. So country governance and business management skills are sparse. And the country faces a few additional challenges.

The population is among the fastest growing in the world, with each woman having on average 5.5 children…well, they are Catholic after all. The literacy rate is just 58%. And then there are the languages.

There are 32 indigenous languages spoken here. In a country of 1.1 million people that means an average of about 35,000 speakers per native tongue. With so few speakers, several of these languages must be candidates for extinction. Tetun is the most commonly spoken and is used as the lingua franca in the country. Clusters of towns and villages have their own language. Just cross a mountain ridge to the next valley and find another one. My Timorese colleague, Osorio, says his home village has three indigenous tongues. And throughout the country three international languages have all been taught: Portuguese, Bahasa (Indonesian), and English. It is difficult to make economic progress and create a sense of national unity with such a linguistic fracture.

And speaking of fracture you ought to see the roads. This very rugged county has mountains, hillsides, and valleys radiating down to the sea. The only major paved road system winds its way along the coast. Since independence in 2002 the UN and many development agencies have patched some of the potholes. The tortuous highway holds max speed to around 50 MPH but frequently slowing to 10 MPH to round a hairpin turn. There are few airports and no regularly scheduled domestic air transport. All this means lots of infrastructure impediments to compound the language challenges in conducting business.

But the country needs business to advance. I am here to help with one small business: cultivation and sale (maybe even export someday) of mud crabs. Despite the unappetizing name – – who wants to eat wet dirt – – mud crabs are a popular (and expensive) delicacy in Southeast Asia. One could pay around $30 at a decent restaurant. Of course this is far out of range of the poor Timorese. But nevertheless mud crab production could be an attractive income supplement when sold to the local restaurants catering to the many NGO and development workers in the country. But there you would order a chili crab or a coconut crab, not a mud crab; but they really are mud crabs, just with a more tempting name.

My job will be to help mud crab producer groups develop a business plan that will guide their efforts and that can be used to seek private investment in their burgeoning (we hope) business.

You can do your part by visiting your local Red Lobster and ordering up a large mud crab.

One thought on “Mud Crabs to the Rescue”