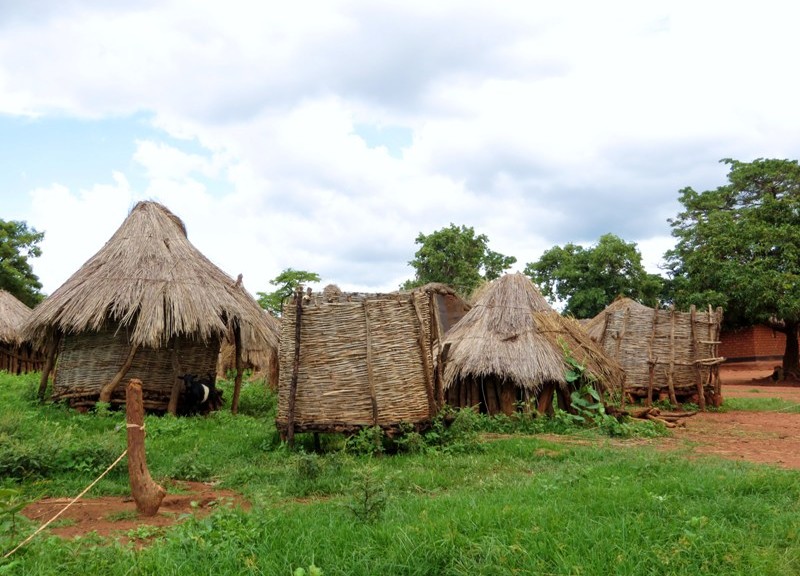 I met Nkosi Nzamane early in the summer on a flight from Dar es Salaam to Nairobi. He sat next to me. In the process of casual chitchat I learned that he was the senior chief (Nkosi) of a large African tribe. Actually, he would not call it a tribe, sounds too primitive. He is the senior chief of the Mfumbeni Chiefdom – – over 300,000 people living mostly as subsistence farmers in eastern Zambia. So, you can think of Nkosi as the governor of a small state, say Vermont, or the mayor of a medium size city, Pittsburgh for example.

Like most poor, rural Africans the Mfumbeni members face many challenges. Nkosi Nzamane was heading home after a conference with other traditional chiefs who had met to discuss one of those challenges: ways to reduce the prevalence of underage marriages in their chiefdoms.

In parts of rural Africa, including in the Mfumbeni Chiefdom, fathers and mothers sometimes give their 15 year old daughters in marriage to men perhaps one decade older, sometimes more. I think the parents figure that eventually their daughter will get married anyway so why not do it now while the bride price is near its peak? The bride price is paid by the expectant groom (or more likely, his parents) to the family of the bride. The price is negotiable and is usually paid in cattle. A somewhat more modern version involves agreeing on the number of cows a young bride will fetch, then making the actual payment in cash, equivalent to the market value of the negotiated number of cows.

Marriage at 15 with babies soon to follow pretty much spells the end of girls’ education and also likely leads to many more children than a subsistence level family can easily feed. There are not too many good things one can say about this situation. Consequently the chiefdom has told the headsmen (traditional mayors) in each of the chiefdom’s 325 villages to dissuade farmers from giving away their too-young daughters in marriage. The village headsman has no absolute authority to stop a family who wants to give away its daughter; he has only his own persuasive power. But a headsman who doesn’t dissuade underage marriages in his village will have to answer to Nkosi Nzamane.

In addition to discouraging families from marrying off their teenage daughters, the chiefdom is trying to improve lives through improvements in health (reduce the prevalence of HIV and malaria), education (build secondary schools of which the chiefdom currently has none), farming (improve crop yields), and business (generate jobs). When I told Nkosi Nzamane about the business assignments I had completed elsewhere in Africa he invited me to visit Mfumbeni. Serendipitously, I was scheduled to speak at a conference in next door Malawi at the end of the summer so we agreed that I would cross the Zambian border after my conference was finished.

So in late August Nkosi Nzamane collected me at my hotel in Lilongwe, Malawi and we drove the four hours to his chiefdom near Chipata, Zambia. We spent an entire day meeting with the board of the Mfumbeni Development Association (MDA) at the chief’s palace. At least he called it a palace. To me it looked more like a modest ranch house…however, perhaps palatial when compared to the surrounding mud brick and grass-roof homes of the locals.

As is the custom, when Nkosi Nzamane entered the meeting area the MDA board members all rose and said in unison, “Yoh Jere.” This is a term of respect using the chief’s family name. At the end of the meeting, when the driver came to pick me up, he knelt at the entrance to the meeting hall, ensuring that his head remained below that of the seated chief.

During the meeting I learned that the local farmers grew and sold unprocessed crops; none of their crops was refined into a value added product. So we discussed their business development plans that involved adding value to the crops. We agreed that the MDA should select only a very few products (those with the greatest likelihood of success) to pursue in its initial business efforts. At our meeting we identified three such products:

And then we planned the next step: I would return to the Chiefdom to lead the evaluation of each product to ensure that:

1. A sufficiently large market exists and is accessible to the Chiefdom
2. The cost of equipment and the cost of operation are in line with the expected revenues from the products
3. Factory operation can easily be taught to members, virtually none of whom are familiar with processing businesses and simple factory machinery

Now back home, I am busy contacting the several NGOs that have sent me on previous assignments. I am hoping to convince one of them to provide the necessary funding to support this work with the Mfumbeni Chiefdom. If I am successful in my appeal then you, dear reader, will see additional posts from Zambia.