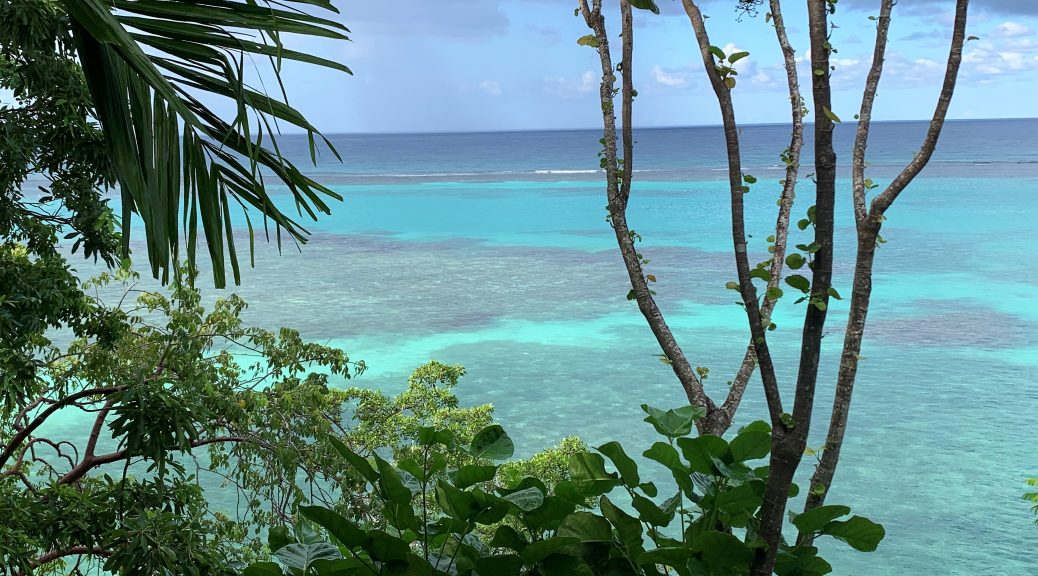 A few days into my assignment in Jamaica I got a haircut.  The three local customers before me had respectively: a shaved head, bare sidewalls with cornrows atop, and a lightning-bolt zig zag patterned into his sidewalls.  None of the preceding was my style. But the barber executed my haircut fairly well…with a somewhat overdone process. My usual haircut takes about 30 minutes.  This guy extended that time by a factor of three. After using more electric shavers that I knew existed, he switched to several different size scissors.  Then came an unrequested and unexpected shave.  Afterwards, he rubbed several different ointments and oils on my face, including stinging alcohol.  Next, he placed a vibrating glove on his hand and massaged my head.  Then he wrapped my head and face in a steaming hot towel and resumed vibrating my head and continued with my face.

All this time he carried on a nonstop conversation about NBA teams and players.  I follow basketball, but the barber was substantially more informed than I. And Jamaica is not even a basketball country.  Athletically it is better represented by its sprinters, e.g. Usain Bolt and now several top female speedsters.

I suspect those sprinters avoid the typical Jamaican comfort food: Lots of fried options; in fact most restaurant meals come with a fried side of something even if not requested: bammy – a fried hockey puck of casava meal, festival – a fried breadstick, a dumpling – fried of course, fried plantains, and so on.

I was invited to Jamaica by Partners’ of the Americas, one of my NGOs, to present the basics of marketing to 4-H Club members.  Many were teenagers and young 20’s learning how to grow crops and raise livestock; a few had some experience in marketing their resultant product.  I arrived in the capital, Kingston, expecting to work face to face with the trainees.  However, 4-H had so many trainees scattered about the country that they asked me to teach on line via Zoom.  It seemed sort of silly to fly to a country and then teach on line, but the hundred plus participants were too widely scattered for in-classroom training.  I found it much more difficult to teach on line:  I couldn’t see the students’ faces and consequently I couldn’t tell if they were laughing at my jokes.  And I had brought brand new material with me.

Seventy countries worldwide have a 4-H program. Jamaica, despite its small population of just three million, has the second largest 4-H membership in the world, 100,000, after the US. The orientation of 4-H in Jamaica leans towards agricultural guidance. Naturally, many of the 4-H members here are in the countryside.  Nevertheless, I began my work in urban Kingston where 4-H has an urban crop and animal demonstration farm.  Crops in large tanks, tilapia in a larger tank, even chickens and rabbits are grown and raised.  The basics of marketing apply in the city and in the countryside. So, I started in the city and after Kingston I went rural.

Fielding questions from the participants in rural areas often left me scratching my head or cupping my ear. Jamaica is an English-speaking country, but I couldn’t understand the Jamaican rural patois. I did learn a few basic phrases however:

In addition to the greater use of patois in the countryside, the rural folk seemed to be more religiously devout than the city dwellers. Training in a rural area started with the participants singing, “Into My Heart,” a hymn I was unfamiliar with…but the participants seemed to know it by heart – – singing acapella in unison. The hymn was followed by a prayer.  Nice start, even if you are not religious.

At the end of the first week – – all spent in Kingston – – I needed a break from the big city so I headed to the north coast town of Ocho Rios. Ocho is a beach resort and a cruise ship destination. Saturday was my first full day in town and there were no cruise ships at the dock.  So, I had the town all to myself.  And the touts had me all to themselves. But I wasn’t shopping, merely observing the local culture. I couldn’t walk a block without a sales approach. Or two. Or four.

One saleslady stood in the doorway of her souvenir shop.  She said nothing, but spotting me, she held up a sign that read, “40% Discount.” This was a professionally printed and laminated sign. There appeared to be a permanent 40% discount for any tourist who wanted a Don’t Worry, Be Happy Jamaica tee shirt.

I learned how to avoid being fist bumped by touts who tried that technique to engage me.  I moved my hand away and said, “Sorry, time of Covid, no touching.”  They all seemed to respect this counter.

And finally, I learned a practical lesson for those who drive on the highway. If stopped by the police for a traffic violation, drivers are often offered a left-right choice.  I am not referring to which political party you support.  Left means, I left that friendly policeman with a small cash gift.  Right means, I elected not to leave cash, so the unfriendly policeman chose to right me a ticket.  During my two-week stay I was not confronted with the left-right dilemma. But I am waiting for results from the upcoming midterm elections in the US where I will very likely encounter the left-right dilemma.

3 thoughts on “The left – Right Dilemma”