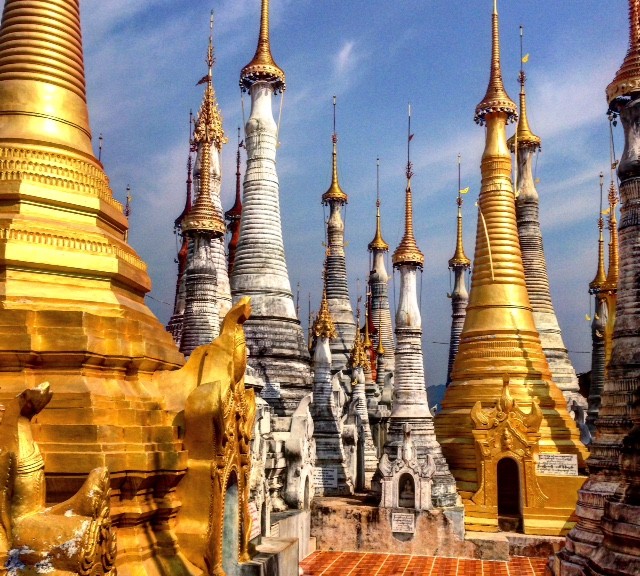 When our team arrived at Chock Check village we were advised that during the preceding evening a shocking event had unexpectedly occurred.  A perfectly healthy 37 year-old man and his wife had gone into the forest to cut firewood.  They spotted a large and attractive – – for firewood purposes – – tree.  They set to work with their two handed crosscut saw.  About halfway through the tree trunk they stopped to rest.  After resting they turned their attention back to the tree.  Surprisingly, the trunk appeared in its original state: uncut.  So they began sawing again, and once more they rested midway through the laborious task.  After this second break, they discovered that the tree was still in its pristine state: no cut marks.

By this time the man was feeling a bit ill so they gave up on their cutting job and returned to their village home.  Shortly after arriving home, the man got noticeably sicker and suddenly passed away.  The devout Buddhist villagers have interpreted this unfortunate turn of events to the fact that the deceased and his wife had disturbed a large tree which they should have known harbored spirits of their ancestors.  The would-be tree cutter apparently paid the ultimate price for disturbing the spirits.  As penance, the villagers apologized to the tree and left offerings of fruit and lighted candles at its base. So far, nothing else untoward has occurred.

I was invited to Burma to work with Shwe Inn Thu (SIT), a women’s self-help group.  SIT helps women form savings clubs.  Groups of around 20 or so women meet together every five days – – sort of an odd cycle, but one that matches the five day rotating market schedule in this area. The group members each commit to contributing 200 Burmese kyats, about 16 cents in US currency, every five days to their common fund.  With all group members contributing and with enough perseverance, the common fund will grow to a size large enough to loan one of its members sufficient money to start a small business, say, selling woven bamboo handicrafts at a nearby tourist market.  After six months that loan recipient must repay the principal to the fund along with 3% interest.  Then a second member will tap the common fund to start her own business.  After several years of group contributions and several successfully repaid business loans, some of the groups have nearly $10,000 in savings.  This is microfinance at its most basic grassroots level.

Several Inle Lake villages hope to tap their common funds to develop community-based businesses.  The women’s self-help group, SIT, has selected eight villages around the lake to train in soap making.  The idea is to provide a new craft to the poor women in these communities.  They will produce the soap and sell it to nearby hotels, spas, and souvenir shops.  My job has been to evaluate the training needs of the villagers and the market demand for this creamy lather, florally fragrant, gently exfoliating, hand crafted natural product.  Please place your orders now.

Thit Seint Pin was one of the first villages we visited.  Situated on the edge of the lake are 82 households; 61 of these are classified as poor or very poor by SIT.  Using their metrics, poor means the household has enough food for six months of the year.  Very poor: just four months of food availability, plus the family cannot afford housing.  The community ponies up supplemental food and housing for these desperate households.  Now if one could teach the poor women to hand craft and sell soap, more money for more food would come their way. For many of the individuals their only current source of income is from casual labor:  for example, a poor farmer will hire a very poor woman to harvest tomatoes from one of the lake’s floating gardens.

And this lake is not just any lake, it is one of Myanmar’s leading tourist sites and is a UNESCO World Heritage Site.  Inle Lake is the center of tourism, trekking, and crafts in central Myanmar.  It draws well-heeled tourists who pass by poor villages not knowing that the scenic stilt homes actually house really poor people.  Two years ago, I came as a tourist and had no idea the depth of poverty floating on the lake’s surface.  Don’t scrimp on your tipping when visiting Inle Lake.

In addition to the lake’s floating gardens, Inle is famous for its stilt villages. Many, many line the shoreline and also sit out over the lake.  Several are among the villages we are targeting for training and business development.  I feel like I am in a movie set when I arrive through a maze of wetland canals to reach one.  Invariably one of the village women will gather her savings group members into her one room home on stilts as I pull up in a motorized canoe. I give a short pitch about the planned soap making program. Then I ask some business-oriented questions in order to assess the degree of training necessary to turn them from casual laborers into soap barons.  Questions like:

Then I ask if they have any questions for me.  Unvaryingly the first question asked is not business related, it is, “How old are you?”  Apparently, there is no social reticence to ask this and it is difficult for Burmese to judge the age of Caucasians.  I have no idea how old they are either. The next set of questions tends to be: how big is your family, do you have children, and do you have grandchildren?

They are surprised that my 30 year-old daughter and 27 year-old son are not yet married – – the  local youth here get married by age 20, if not earlier.  At Inn Phyar village I was able to temper their surprise at my grand-childless status by reporting that my daughter was recently engaged.  What my daughter is not yet aware of is that she has now been invited to hold her wedding ceremony in some very sweet lady’s one room stilt house on scenic Inle Lake.  You are all invited.

3 thoughts on “Spirit in the Trees”