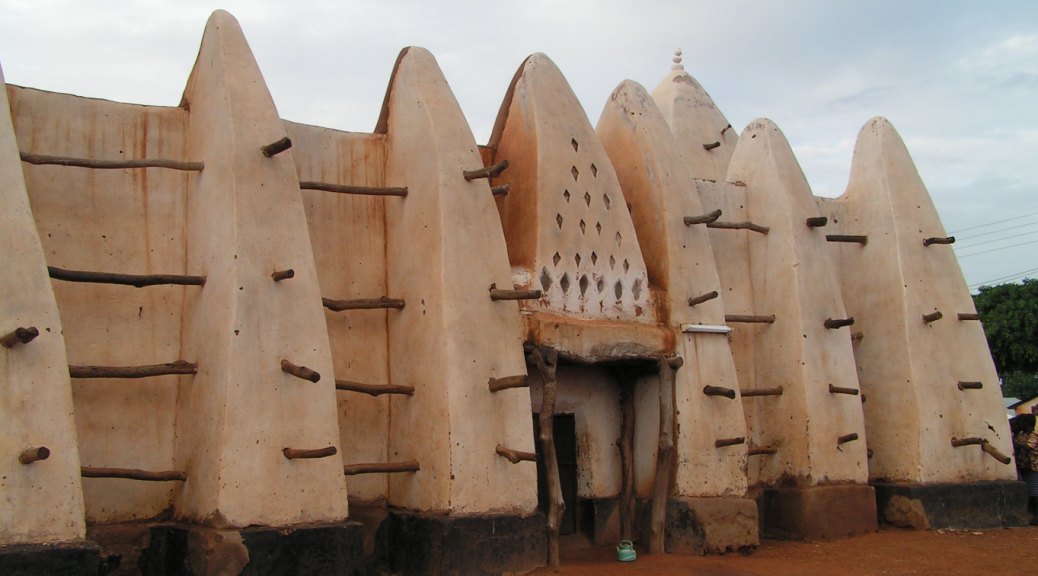 I returned to Tamale in northern Ghana to continue working with the Yemyoliya Farmers’ Cooperative.  Previously I had spent two weeks last August training the co-op leaders on the basics of management, leadership, and marketing.  This time my assignment was designed to cover the business aspects of farming as well as lessons on how to write a winning proposal.

Teaching illiterate farmers proposal writing – – or writing of any kind – – was, sad to say, beyond my capability.  Even the literate ones would need a business writing course in order to craft a winning proposal; there were no strong writers among them.  But all of them were capable of learning how to deliver a compelling proposal verbally.  Consequently, I focused the lesson on delivering a spoken proposal: concisely covering a limited number of categories essential to the proposal audience.

We identified a target audience, the Ministry of Agriculture. And we developed our request – – the loan of four tractors to the co-op to improve their plowing capability.   Our verbal proposal contained just six key topics: 1) background/problem, 2) proposed solution, 3) timing, 4) goals, 5) the co-op’s capabilities, and 6) cost benefit analysis.  Now they will approach the Ministry with their appeal.

Try it yourself.  Maybe you can convince your spouse to buy you that new car for Valentine’s Day. Or you might end up with four tractors – – but those can be useful too.

The farming season (plowing, planting, growing, and harvesting) runs from March to November and the farmers are busy sunrise to sunset.  But after harvest during the dry season, December to February, they have not much to do.  Perhaps they spend a bit of time patching the grass roof on their home, maybe tune up their bicycle…but not much else.  They are so busy during farming that funerals are often postponed until the dry season. So funeral attendance takes up some slack time, but still they feel they are too idle.

They asked if I would work with them on ways to productively fill the dry season.   I shared ideas I had picked up from my work with other co-ops: assist their villages to repair roads washed out by the wet season rains, repair community buildings, volunteer in schools, churches, mosques.  Collectively we identified a range of activities that could earn money (work on construction jobs), enhance personal development (take literacy classes), or provide social services (volunteer to help the elderly.)  I suppose I will find out how they filled their idle period the next time I return to northern Ghana.

The co-op members are all farmers…farmers who seek to be businessmen and businesswomen.  Farmers grow and harvest their crops.  Businesspeople sell their crops for a profit so that they can support their families.  Creating an income statement is a basic way to determine if one has earned a profit.

We created a farming income statement format for each participant to complete with his or her actual farming information.  Simply put, Revenue minus Costs = Profit.  This was a new concept for the aspiring businessmen.

Their revenue was driven by the number of acres planted, the yield per acre, and the price received for each crop.  Their costs resulted from what they paid to plow their fields, purchase seeds, fertilizer, and pesticides. (Not everyone is organic….as much as we would like them to be.)  Costs also included the farm loan most of them need to take each year before plowing and to repay after harvest. The interest rate on such a loan is a whopping 30%.

The typical farmer in my group earned an annual profit of $500.  But this assumes they did the math correctly.  Illiteracy and innumeracy run had in hand.  One farmer used his cell phone to calculate 3 x 200 = 600.  I asked him the result of his calculation and he replied, “Six million.”  I suppose that is one way to turn a quick profit.

I arrived at my assignment site during the dry season.  This is the hottest time of year, approaching 100 degrees most days.  But the heat is not the main climatic challenge.  Winds from the north bring a fine grit of reddish tan sand from the Sahara 500 miles away, as the sand flies. These HARMATTAN winds stir up enough dust to play havoc with flight schedules.

The Tamale regional airport was closed due to airborne dust for nearly three weeks in December, but had reopened by my mid January arrival. On my scheduled departure day, another HARMATTAN wind shut it down again, necessitating a twelve hour road trip from the north of Ghana to the international airport in the far south: a forced, but enjoyable overland tour of much of the country.

Climate change skeptics should come here and ask the farmers how the seasons have changed: rains arrive later, stop earlier, are much more fickle and unpredictable.  Desertification in the north allows the Sahara to creep inexorably south, delivering more HARMATTAN-carried dust and grit over their villages and into their fields.

In the developed world climate change is a charged political topic.  In poor countries it is another life challenge to cope with. The farmers here won’t or don’t make the connection between human caused climate change and their situation, but they are living the change every day.

One thought on “Innumeracy and the business of farming”