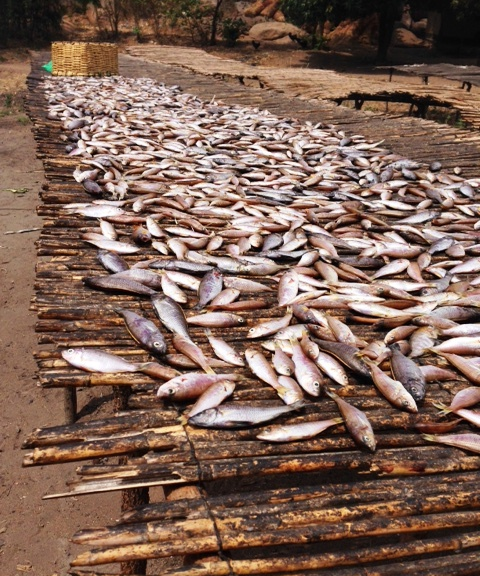 In Malawi shops and businesses often name themselves rather creatively, either in English or in Chichewa.  I am working with two agro inputs dealers – – sellers of seeds, fertilizer, pesticides, and tools to farmers.  One of them is named “Tisaiwale”, meaning Don’t Forget.  Perhaps as in, don’t forget about the fine service we provide.  The other dealer, Pagwanji, means What Has Happened?  Possibly, what has happened to my profits?  But more about this later.

On the highway to Don’t Forget I passed two companies with memorable English names: Money Comes, Money Goes Investments and Big Brains Investments.  Now which one would you choose to invest with?  I would not likely associate Money Comes, Money Goes with a good home for my hard earned savings.  The funny thing is, neither has anything to do with investments.  Both are also agro-dealers and Investments is a popular category name for such businesses.

Later we saw Who’s Next Barbershop which is quite aptly titled. My driver’s name is Masauko: “here comes trouble.”Sort of a Malawian version of Dennis the Menace.Lots of fun names here in Malawi.

Mentioned above, I am assisting two suppliers to the farmers.  Both are private, profit seeking companies.  Now you might ask, why would an NGO send a volunteer to southeastern Africa to help a business owner increase his profits? Because, dear reader, in seeking improved profits, the business owner will assist farmers, many of them at subsistence level, to improve the productivity of their fields.  And thus food security in this poor country will be ever so slightly improved.  So we can create a virtuous circle: increased profits – -> improved yields – -> enhanced food security for those at subsistence level.

Both agro inputs dealers asked me to assist them with their financial tracking.  In both cases, they kept manual ledgers of daily sales, expenses, and inventories. And they did this rather diligently.  But they had no system to tally all this raw data into an income statement at the end of each month.  Consequently neither knew whether they were making money…or losing it.

I built a simple Excel spreadsheet for the one dealer who owned a computer and created an even simpler manual format for the other, the computer-less business.  It turned out that this latter business was actually running a loss in most months.  So, armed with this revelation, the owner will take corrective action. Nothing a little attention to expense control won’t solve.

On Saturday I attended my first Malawian wedding.  I wasn’t really invited and I didn’t actually attend.  And not the wedding itself, just the reception. The event took place in the hotel’s grassy courtyard just beneath my second floor window.  I spied intently.

The bride and groom walked a center red carpet toward the Master of Ceremonies.  So far, not unlike an American wedding reception.  Then things veered quite differently: The happy couple began to dance down the carpet as did the wedding party following closely behind. The MC started a commentary that was beyond my comprehension – – it was in Chichewa.

A DJ keyed up a deafening and cacophonous techno beat that would have been better suited to the Saturday night disco.  The wedding party and other close friends surrounded the bride and groom,then ululated and bounced down the carpet.  The newlyweds reached the end of the carpet and turned to face the guests. When the music stopped the dancers threw money into the air and retreated to their seats.   The Malawian Kwacha fluttered to the lawn.

An army of young bill pickers scoured the lawn for the landed bills and took them to the money counters. A team of money counters separated the bills before tallying.  The small 20 kwacha bill is worth 4 US cents.  The largest bill, 1000 kwacha, has a value of $2.

The MC talked non-stop, inviting different groups to approach the happy couple – – bride’s friends, groom’s friends, work mates, church colleagues, and so on – – and toss money into the air. Occasionally the Chichewa talking MC would speak a phrase in English.  Several times I heard him say, “1000 kwacha,” Clearly an exhortation for big bills.

Once all the affiliated groups had been invited to throw money into the air, the MC encouraged other attendees, independent of group affiliation, to bounce forward and toss their bills skyward. Apparently, if you invite enough groups with enough people enough times, even the 4 cent bills will add up.

The wedding guests were dressed to the nines in this poor country.  They all have a super fancy outfit for such occasions; at least those who get invited to a wedding at a nice hotel have a super fancy outfit.  The ones who especially liked to show off their fine clothes and throw money made multiple visits to the appreciative newlyweds where they contributed several times to the bride and groom’s future.

This went on for two hours and then the reception suddenly ended.  Sort of a single activity celebration with an abrupt finish…but lucrative.  Now if only my agro inputs dealers could make money this easily…

2 thoughts on “Don’t Forget What Has Happened”