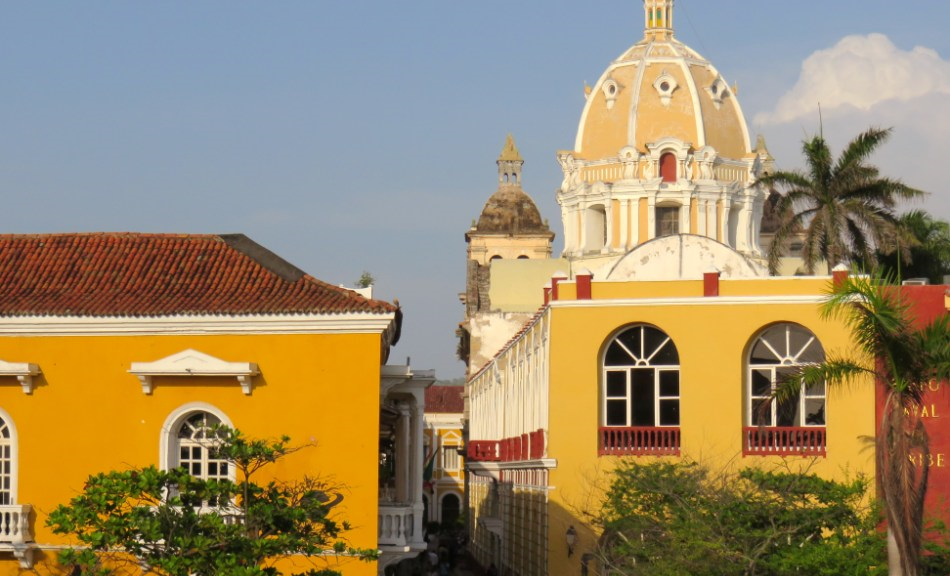 Colombia is a middle income country and normally my NGOs send me only to poor countries. That is why I frequently work in Africa. Colombia is in the same income category as Brazil and Thailand and there are no programs in those two countries for my sort of business volunteer services.  Relatively speaking, too wealthy.  However, unlike Brazil and Thailand, Colombia has gone through a 30 year rough patch:  For much of the 80s, 90s, and 00s it became a dysfunctional and dangerous pariah state haunted by narcotics gangs, Marxist rebels and right-wing paramilitary death squads.

But now it is a vigorous and largely peaceful land that attracts growing numbers of foreign investors and around 2 million international tourists a year.  My ultimate funder, USAID, wishes to solidify these recent gains, so they are funding volunteer assistance, the type that I provide.

I was asked to work on a project directed jointly by a Colombian agricultural university, Unillanos, and a group of poor farmers.  My colleagues at Unillanos are collaborating with 30 small holder farmers to help them connect directly with consumers in the regional capital of Villavicencio. The business idea behind this effort is to link farmers and organic foodies directly to each other without an intermediary. Crop producers meeting strict quality and crop sustainability requirements will be selected to participate.  Customers will place orders and make payments online with the producers of their choice. The producers will deliver the ordered products to customers once each week.  My client wants to create a food culture that will provide fresher products at a fair price to consumers as well as at a better price to the producers.

To get their concept off the ground, the group will need funding.  And to successfully secure funding, they need a business plan.  I spent two weeks in and around Villavicencio meeting with farmers, university staff, prospective customers, and competitors.  Ultimately, my clients and I jointly produced a tightly honed, well crafted, thoroughly compelling, rationally explained, totally captivating business plan…along with the requisite financial back-up.  Now that I have returned home, my clients have the task of approaching potential funders to convince them of the benefit of backing this new venture.

One of the side benefits of this assignment was that I could gorge myself on tasty tropical fruits and not gain a pound.  That’s why fruits are better that deep fried onion rings. (Even though onion rings are still pretty delicious.)  I devoured many of my favorites – – mango, papaya, passion fruit, guava – – and several new favorites that I had never heard of before: lulo, badea, tomate de arbol, and guanabana.  The first two don’t have an English translation.  The latter two, even when translated, were unfamiliar to me. Tomate de arbol = tamarillo . Guanabana = soursop.

My work area, Meta Province, has many forested areas; all the better to offer FARC hiding places from which to conduct their hit and run revolutionary war against the Colombian government.  Fortunately for the local residents, FARC and the government have been conducting peace talks in Havana for the past three years. While a peace treaty has not yet been concluded, a ceasefire has been in place for much of those three years. Prior to the ceasefire, FARC and the government fought a seemingly never ending war with 220,000 killed. Millions displaced.

Throughout my travels I saw signs of, and heard stories about, the former conflict.  In some town squares, the police still maintain fully sandbagged bunkers as protection against FARC raiders. In San Juan de Arama I was shown the site of a former police headquarters – – the building was blown up several years back by the rebels.  Some of the farmers I spoke with had been required by rebels to pay “revolutionary” taxes.  Extortion might be a more accurate term. One farmer in our group had a story about the kidnapping of his brother by FARC rebels.  The brother had serious health problems at the time, so the farmer passed word to FARC that he, the farmer, would like to exchange himself as hostage for his captured brother.  FARC refused, believing that the farmer was too poor to command sufficient ransom.  The unhealthy brother continued to be held captive.  Some months later, the government was able to negotiate a hostage release that included the farmer’s brother.  So, I guess this story has a happy ending.  A formal peace treaty would make for a happier ending.

I learned a new game, TEJO, a singularly Colombian game.  Tejo is similar to a bean bag toss combined with beer drinking.  From some distance away one tosses a heavy object sort of like a shot put cut in half.  So not totally like a bean bag toss.  And instead of tossing this object through a hole on a slanted board, one tosses this heavy object (called the tejo) onto a slanted board covered with clay.  Instead of a hole, there is a circular bull’s eye drawn into the clay.  So even less like a bean bag toss.  And surrounding the bull’s eye, are several gunpowder charges.  One scores by hitting the bull’s eye with the tejo or by crushing an adjacent gunpowder charge.  Crushing the gunpowder will result in a loud explosion. Quite a thrill actually.  Throwing a half shot put at explosive charges embedded in clay while drinking beer is officially recognized by the Colombian Senate as a national sport.  And not at all like a bean bag toss.

For the record, I never hit the bull’s eye.  Nor did I explode the gunpowder.  I must return to Colombia for more Tejo practice.  And to eat my new favorite fruits.

3 thoughts on “Playing with Gunpowder”