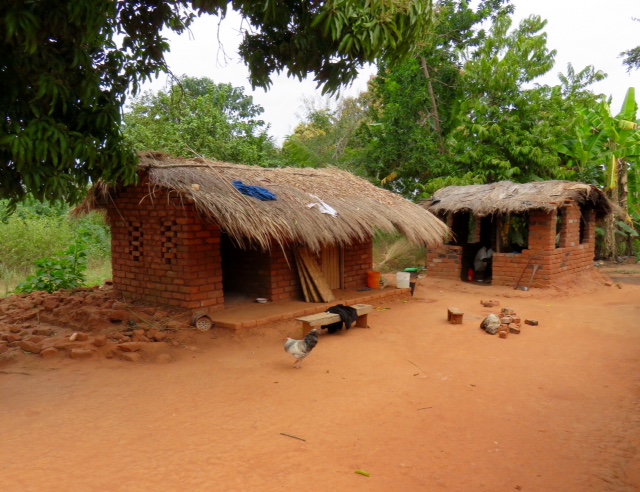 In northern Malawi the Mpamba Fruit Juice Producers Cooperative brings together 22 fruit growers, collects their fruit, and presses it into orange, pineapple, mango, and baobab juices.  The last, I am told, is healthful for pregnant women.  But for the time being pregnant women do not have access to Mpamba’s baobab juice.  Nor any other of its juices.  The Malawian Bureau of Standards has shut down their small production facility due to sanitation concerns.

A heavy rain rushed through cracks and plentiful holes in the roof and brought down part of the interior ceiling exposing the cracks and plentiful holes.  In addition, the window screens are torn and inviting to tropical insects.  And the lower portion of the interior walls is painted black which the Bureau of Standards says will make the insects that enter, mostly unnoticeable.

This is all very unfortunate because the fruit growers had created a small but semi-thriving business selling their refreshing juices to shops, hotels, and local open air markets.  It is also unfortunate because I am in Mpamba (village of the same name as the co-op) to give the co-op members lessons in marketing.  But since I am here and have a curriculum, I have proceeded with the lessons.  I only hope that they still remember the key points in several months’ time when they secure funding to make repairs to their facility and restart production.

Also unfortunate because I didn’t get to observe the juice making process which is a manual affair.  They explained to me that they load fruit into a cylindrical bin and then manually turn a crank which lowers a press to crush the fruit and extract the juice.  Quite slow going which explains a production capacity of just a few hundred bottles a day.

On the weekend we had no classes so I asked to be shown several of the orchards where the co-op members grow their fruit.  During the orchard tour I had the bonus experience of receiving a lesson in grafting a tangerine branch onto a lemon tree trunk.  Apparently the resulting tangerine fruit does not change its character, but instead benefits from the lemon tree’s greater resistance to pests.  Arborists among you please weigh in here.

One morning prior to marketing lessons I watch two young boys play finger ball outside the production facility.  For my dear readers who don’t know finger ball (probably 100% of you) I will explain.  And by the way, until a few days ago I too was among the 100% oblivious to finger ball. A football pitch (soccer field to you 100%-ers) is drawn in the dirt, roughly 3 feet by 2 feet.  The boys each field a team of eleven bottle caps, smooth side down so that they will slide across the dirt.  The eleven bottle caps represent the number of players on their respective soccer teams. They introduce a relatively round stone to serve as the ball.  Then, with their fingers they take turns “thunking” the bottle caps towards the round stone.  They are remarkably facile at sending the caps skittering toward the stone and thereby dribbling the stone toward their opponent’s goal…and eventually scoring a goal, lots of goals.  In fact there was more scoring in the few minutes of finger ball I viewed than in an entire World Cup championship match.  Finger ballers do not go in for these uninspiring 1-0 results.

I was not invited to play and I didn’t insinuate myself into the match.  I was satisfied enough to learn a new sport by observation.  Consequently I suspect I can beat most of my readers now.

Frequent readers of this space will recall that I have related on past assignments unusual requests for personal funding.  This trip was different only in that the number of requests was off the charts.  I was hit up for:

I tactfully declined all request except for the last.  It was within my budget.

4 thoughts on “The Intricacies of Finger Ball”