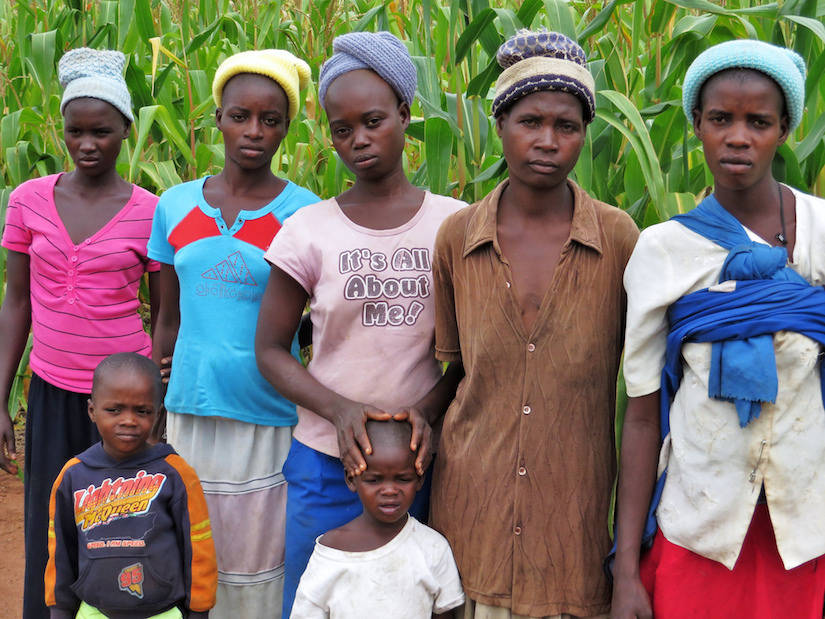 Well, the headline has given away the surprise, but you will have to wait for the details. Worth waiting for I might add. I flew into Beira, Mozambique’s number two city and a major port on the Indian Ocean. The rice paddies around the low lying city were a patchwork of emerald green shades. The small concrete box homes were roofed with corrugated metal. This contrasted with the circular mud and stick homes. roofed with grass in the highland villages around Catandica, my new African home – – at least for two weeks. Catandica is inland, five hours northwest of Beira. It is an agriculture trading center with a population of around 30,000. I am working with another American volunteer, Ron Overmyer, a retired agricultural extension officer from Ohio.

On this, my second assignment in Mozambique, I am working with the Batane Phanza Farmers’ Association. Batane Phanze, in the Shona language, means very roughly, field work. An accurate name for what the association’s farmers do for a living. The organization’s 1500 farmers grow corn, soy, sunflower, and beans as cash crops. They have asked me to help them improve their sales (find new customers) and grow their membership (find new farmers to join their association.)

The 1500 farmers are formed into 43 Clubs of around 40 members each. Communicating with so many members presents a significant management challenge. When an important message must be shared with the association members, the association president will phone each club leader. The club leaders will in turn, call the few club members who have cell phones. The remainder, almost always the majority, must be contacted physically: they have no cell phone…and the club leaders have no cars. And illiteracy prevents sending a written message. So they walk or bike. These in-person visits, due to the great distances farmers live from one another, require a club leader to spend two or three days to contact all members under his aegis. Management control is clearly a test for the rural association.

Last Monday was a holiday: Mozambican Women’s Day. Each school, local organization, and employment sector (e.g. education, health care) was represented by groups of women in matching tee shirts and color coordinated African wrap-around skirts – – some with matching head wraps, a sort of Aunt Jemima-like look. The brightly multi-colored groups were dancing, singing, and ululating. This appeared to be a spectacular photo op. That is until the plain clothed policeman took us aside and commanded us to cease photographing. Our translator, Francisco, suspected this had something to do with sensitivity about upcoming elections. Maybe we were spies from the opposition party. We weren’t; but sadly the only images from this supremely colorful spectacle are etched just in my mind. Come see me sometime and I’ll describe the scene to you.

Today I visited several farms to learn what the farmers want from their association. These meetings will inform the training that I will conduct over the remainder of my time here. At one settlement of about 12 thatched-roof mud homes surrounding a large dirt courtyard we asked, “How many families live here?” Thinking 12 homes = 12 families. One of the farmers responded, “Just one family, I have 12 wives and all the homes are mine.” His wife rotation plan is clearly more robust than my restaurant rotation plan. Probably in his mid-thirties, he already has 32 children. Likely he will surpass 60 before his fertility is spent. One of his sons already has three wives. The apple never falls far from the tree.

He is one of the most productive farmers in the association. In rural Mozambique women and children do much of the farming and he has quite a stable of farmers on his team. I wasn’t in his settlement long enough to observe any outbreaks of jealousy among the countless wives. I just know that I was jealous. On the other hand, I suspect he may now be thinking, “Twelve wives. It sure sounded like a good idea initially.”