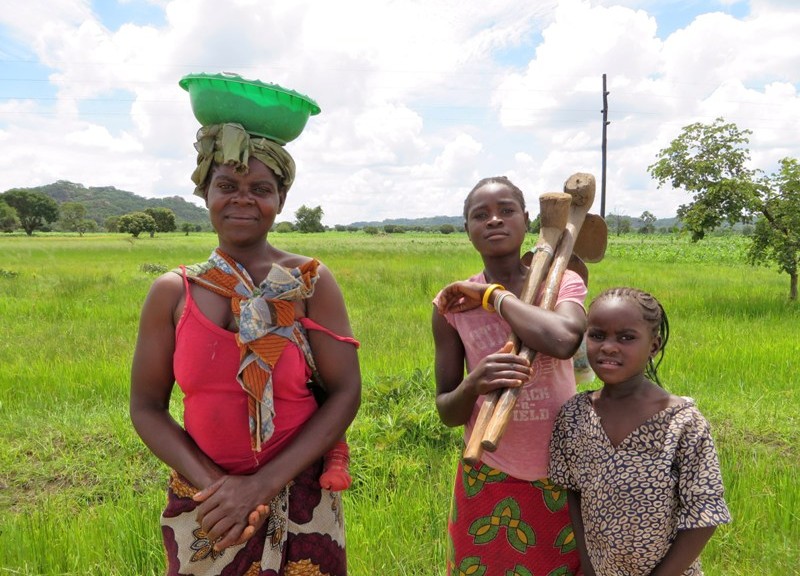 As I wrapped up my assignment in Mozambique two weeks ago, I employed my usual arsenal of developing country marketing tools. Primarily the cell phone. As in other assignments I had the farmers make mock phone calls to potential buyers. They were practicing setting up a meeting to show their products. One farmer would act as the sales person seeking the meeting, another as a crop buyer. I teach them to always give their phone number to the buyer after scheduling a meeting. The seller needs to be contactable. This may be obvious to us, but not to illiterate farmers with little business savvy.

There is no point in taking a public mini-bus two hours to a meeting with the buyer only to find out that the buyer’s schedule has changed and he is not in the office that day. In one mock exchange, the seller failed to give his phone number, so the role playing buyer asked for it. The seller replied, “I don’t have a number.” During the post exercise critique one of the participants asked the seller why he did not give his number. He explained, “I don’t own a cell phone so I was pretending like I was calling from a phone booth.” Well, he failed to leave a call-back number, but at least he was quite realistic in his role playing.

After conducting a count of phone booths in Mozambique (there still are a few), I moved on to Zambia where I have returned to work with the Mfumbeni Chiefdom. This is the group I visited twice before. You may recall that my main client is Nkosi Nzamane, the Senior Chief of this Ngoni tribe. His marriage was arranged when he was in his early 20s by his parents and the parents of a 20 year old Ngoni woman. At that time he was next in line for the throne. Consequently, marriage to a tribesmate was important.

But of particular curiosity, both the chief and his wife told me that she, the wife, is the chief’s aunt. Now, I must say that’s a bit unusual. Their marriage has endured for 40 or so years and has resulted in four children. Now before you think this is all too weird, I should add that the term aunt (or uncle) is somewhat fluid in these close knit tribal clans. More likely they are cousins of some remove. For example, in a separate meeting, a woman introduced me to her own aunt; but after probing I understood that their relationship was first cousins once removed. The older of the pair had been denominated “aunt.”

We are working on a plan to build a poultry feed factory that will utilize the farmers’ abundant corn and soy – – ideal ingredients for poultry feed. My efforts on this assignment are designed to find a milling company to partner with the Mfumbeni Chiefdom and to help craft a proposal to seek grant money for the factory. Finding funding for such a venture is a big challenge.

One afternoon while working on my primary task, I was invited to attend a meeting that addressed an even greater challenge to the chiefdom. The meeting was held to evaluate the chiefdom’s efforts to combat HIV. By my observation they are doing pretty well on indirect measures (e.g. number of villagers trained in HIV avoidance, HIV awareness signs posted.) But they lack what I would think are crucial direct measurements: actual incidence of HIV, number of HIV patients under treatment with anti-retrovirals, and measures of condom distribution. Condom distribution in Zambia is not such a cultural/political flashpoint as in the US. A fact of life in rural Africa is that 15 year olds are having sex. Better to protect them with condoms than to condemn them to death for their behavior.

I was told that early marriages in the chiefdom contribute to a higher incidence of HIV. A 15 year old wife with a 25 or 30 year old husband is unequal in power in that relationship. This sometimes leads to the husband taking multiple partners outside of marriage, contracting AIDS from unprotected sex, and then infecting his young wife.

Now, back to my main task: Needing information on poultry feed consumption in our market area, my colleague and I visited the provincial Central Statistical Bureau…whose mission is to provide government statistics to people seeking those statistics. Mission fulfillment was not a strong point on the staff. We tried several people in several offices, but got the run around. “The system is down.” “I must ask my boss. He is out today.” “You should email Lusaka (the capital.)” So we tracked down the information on our own. We found a government veterinarian who could tell us the chicken count in the Eastern Province. We asked half a dozen local poultry feed distributors how many customers they served and how much they sold. We consolidated the data and calculated our own guestimate. For those of you interested, there are 1.5 million chickens in Zambia’s Eastern Province and they consume 36,000 metric tons of poultry feed annually. I worked so hard for those figures I just had to tell someone. Thank you for listening.