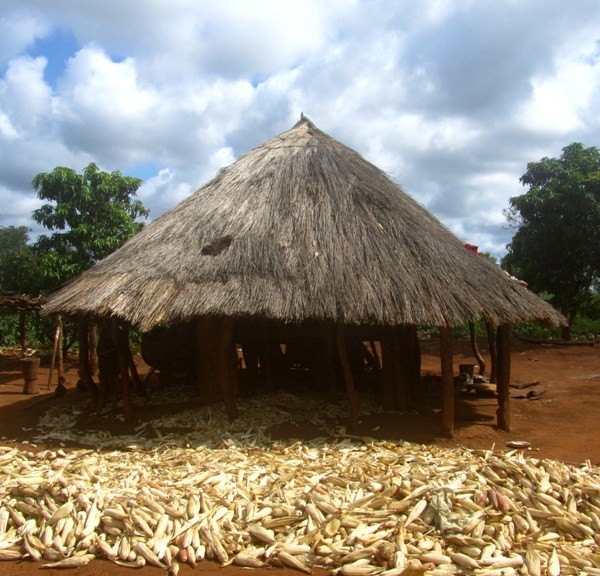 When I accepted this volunteer assignment, the spec sheet listed several job requirements.  One of them was patience.  Well, last Tuesday we planned to leave Chimoio around 2 in the afternoon.  We were headed several hours south to a rural town where we would work with our assigned farmers’ association.  Often things seem to move more slowly here in Africa than back home.  Consequently, that Tuesday, instead of pulling out at 2 PM as scheduled, we didn’t depart until 4:30 PM.  On Thursday.

Now I am used to late departures.  Some of my relatives (and I love them dearly) specialize in late departures.  But nothing could prepare me for leaving 50.5 hours late.  And it wasn’t as if a catastrophe prevented our on-time departure.  Just a series of minor screw ups and senseless delays piled one on top of another until Thursday afternoon.  So patience is indeed a critical skill required for this job.  And a sense of humor about these things helps too.

Since we left so late in the afternoon, the final two hours of our drive was after dark…on a dirt road, and I really don’t like driving at night in developing countries, especially on dirt roads.  Even after dark, this dirt road was swarming with pedestrians.  And when an oncoming car would stir up a blizzard of dust, we would be faced with a whiteout situation – – or to be a shade more accurate, a tan-out situation. Our headlights reflecting back at us off the swirling dust cloud reduced us to near blindness. We couldn’t see the road, we couldn’t see the pedestrians.  Somehow swerving through numerous tan-outs we stayed on the road without hitting anyone.

But we were rewarded at the end of our journey.  The town of Dombe, where our association is based, has no hotels or restaurants.  At least not ones that a westerner would recognize as a hotel or a restaurant.  So we pushed on twenty miles into a mountainous rainforest to stay in a beautiful eco-lodge.  The Nzdou Camp is a collection of spacious round brick huts with thatched conical roofs. Each hut has a hot water shower, toilet, and electricity (sometimes all day).  My hut had a large wooden deck that hung out over a steep valley and offered a panoramic view of the surrounding elephant reserve.  In fact Ndzou means elephant in the local Shona language.  No elephants in the camp, but one morning shortly after sunrise I spotted a most spectacular spider’s web, 10 feet across, with a golf ball sized black and yellow arachnid still spinning its trap.  Someone once told me, “If you don’t like insects, don’t come to Africa.”  I shudder to think what an inadvertent walk into this giant web would have done to my psyche.  But fortunately it never happened.

The morning after our arrival, the same morning of my spider spotting, we drove down the mountain into Dombe to begin our meetings with the members of the farmers’ association.  We met with the association board of directors and several other ranking association personnel.  Since they didn’t speak English I had to rely on my multi-lingual interpreter, Francisco – – pronounced Fran-shees-ko – – to translate for me.  Some of the farmers’ association personnel didn’t even speak great Portuguese, so talented Fran-shees-ko translated into Shona as well.  Consequently my 20 words of Portuguese weren’t really needed.  And my two-word Shona vocabulary was even less helpful.  For the record my two words are “datenda” (thank you) and “ndzou” (but you already know what that means…elephant, if you haven’t been paying attention.)

There is no computer or typewriter at the association.  So all minutes, notes, and records are written by hand.  The association does not copy these documents for dissemination because there is no copy machine in town.  When an important announcement must be made to the 1400 members, the association leadership calls or texts 35 senior members who have cell phones.  They in turn take the greater part of a day to visit about 40 farmers each, on foot or by bicycle – – since nearly all 1400 have no cell phone.  They also have no car, no electricity, and no ox.  Plowing is done by hand hoe.

My goal is to work with the association to devise a business plan that will encourage growth and development.  In and around Dombe I visited several groups of farmers to learn their needs.  For the first of these meetings we drove one hour south from Dombe (on a dirt road, naturally) then several hundred yards along a narrow farm path to a small picturesque settlement of round mud homes with thatched roofs.  The homes surrounded a packed dirt central plaza.  About 25 people lived there.

Attending our meeting were six farmers from this and surrounding settlements. The local headman came with two of his three wives.  Wife number one farms the fields to the north and south of the plaza, while wife number two handles fields east and west.  I don’t know wife number three’s farming responsibilities.  Because we were meeting with people far outside even rural Dombe, the official language, Portuguese, was not understood by all.  Most have had little formal schooling and some are illiterate. Shona was the language of choice.

We sat in a circle on hand hewn log benches just off the dirt plaza under a large shade tree.  Chickens, dogs, ducks, and guinea fowl wandered around our group.  Timid young kids watching from a distance eventually lost their shyness and minute by minute crept closer to our alfresco meeting.  I was stunned at how captivating business planning can be to seven year olds.  Or perhaps it was just the lighter shade of skin that drew them.

After the meeting the polygamist headman (totally accepted in rural Mozambique) offered to show me around the settlement and into the corn and sesame fields nearby.  I quickly accepted since I was mesmerized by the place.  At a far corner of the settlement a local women was tending the moonshine still.  She was distilling fermented bananas into whisky.  I was offered some of the just made hooch.  It was so strong I couldn’t taste the banana, just the fire.  Not my drink of choice.

At the next meeting we asked the farmers how their lives had changed since joining the association.  One woman replied, “I used to be poor.  I had no bed, no blanket, no radio, and my roof was made of straw.  I felt sorry for myself.  But because the association finds higher priced markets for our crops, I am happy.  Now I have all of those things and a metal roof as well.”  Another farmer, a middle aged man, said, “Because of our farmers’ association I now own two cows, four sheep, and I am building a small store.”  I find it absolutely heartwarming that an abjectly poor farmer can now grasp the first rung of the economic ladder.