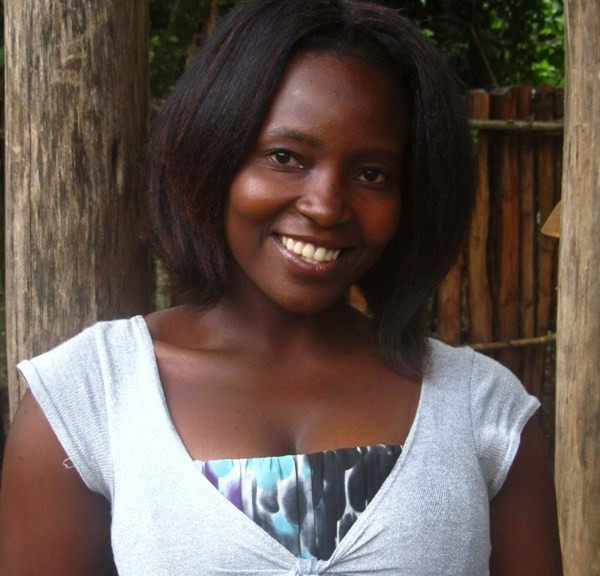 In my last post I reported that I was spending several days near the small rural town of Dombe, meeting with groups of farmers to learn their needs and hopes for their association.  After the final meeting we were invited to stay for lunch at the home of Paolo, the association president.  We ate inside his wattle-walled (stick and mud) dining room.

The menu was local: Boiled pumpkin leaves with chopped onion, stewed chicken drumstick, and thick corn porridge, “nxima. “ This is the same dish I reported on from Malawi a couple of months back. There it is called “nsima.”  Clearly there are similar cuisines and related languages on both sides of the M&M border – – Malawi and Mozambique.  Nxima was a decent grain dish, made by Paolo’s wife from their own farm corn, hand shucked in front of their mud and thatch home in their dirt courtyard.  Because much of the preparation was done around dirt and mud, the porridge had a few more tiny stones in it than the porridge one buys at Whole Foods.  But if you can get beyond the extra grit in the diet, the lunch was perfectly enjoyable.

Following four days of meeting the farmers’ groups, I returned to Chimoio, the provincial capital to meet with crop buyers and to draft my preliminary report.  I also managed to fit in a shoe shine on the street at 16 cents.

And then I returned to Dombe to share preliminary recommendations with the association board and other association members.  Thirty people crowded into a small room to hear our report.  A few lucky men got to sit on wooden benches.  The rest, including all the women had to sit on mats on the floor.  Not even the two women nursing their babies during the meeting rated a bench.  As guest of honor, I was provided a straight backed chair as was Fran-shees-ko my interpreter.

Periodically, I would pause during my presentation to ask if the audience agreed or disagreed with a just-made point.  They never disagreed.  Perhaps I had absolutely nailed their needs.  But more likely, they were just being polite to the foreigner who flew across the Atlantic to work with them.  But when they agreed with me, instead of nodding or saying yes, instead they would clap and ululate.  For those of you who have never heard ululation, it is sort of a high pitched, sing-song trilling sound common in Africa and the Middle East…and very pleasing to the ear.  Especially when it means they agree with you.

So after several days of hard work and a good meeting with the association we decided to take a break at our advantageous location: Ndzou (elephant) Camp.  We arranged a guided hike to view the namesake animals in the adjacent national part.  We departed shortly after sunrise for a 10 mile 4×4 ride to the starting point of our trek into the rainforest.  There were four of us: Azarias, the driver; Rocha, a colleague at my NGO; Fran-shees-ko, the interpreter, and I. In addition we had two local tracking guides with us.

Farmers in the area had reported elephants in their fields the evening before so we parked our vehicle and began to walk.  It had rained heavily before sunrise, consequently a heavy mist still hung over the trees as we started our pachyderm search, but the sun looked like it was begging to break through.

The recent downpours had left the narrow paths that wound up and down the rainforest mountainside quite slick.  Every now and then I would lose my footing and begin to slide.  I quickly learned that when this happened, the best thing to do was to place my feet shoulder width apart and “ski” down the muddy trail…hoping for the best at the bottom.  Sort of a modified snowplow, with no stopping ability. The last time I had been this out of control was when my son made me follow him down a double black diamond through the trees at Taos.  Sliding down the muddy rainforest piste I didn’t dare grab hold of adjacent trees and vines.  Many were covered in thorns.

While we continued to hike, the sun eventually quit begging. The mist thickened and it began raining cats and dogs.  This was not particularly helpful since we were actually looking for elephants.  We hiked through several small banana fields (based on the theory that elephants like bananas) and past a couple of family farm compounds.  At one, the family had opened a baseball-sized tree pod that was filled with caterpillars.  They would dry the insects in the sun, then cook and eat them.  We didn’t wait for dinner.

One guide – – with a machete – – led our single file squad, the other guide brought up the rear while carrying a clucking chicken that Rocha had insisted on buying from one of the farms we had passed.  We hiked along the narrowest of jungle paths.  Some paths were so overgrown that our lead guide hacked his way through with a machete.  Now, I am just a muzungu (white guy) from the city, but I figured if a human cannot walk down a trail without enlarging it, it is highly unlikely that a herd of the largest land animal on earth had recently passed through.  But nobody asked me.  However we crossed intersecting trails that showed signs of elephants: large muddy footprints and elephant droppings.  So we knew we were hot on the track.

During part of the search I walked immediately behind the machete wielding guide and quickly learned not to walk too close.  To open a covered trail the guide’s overhead wind-up nearly gave me a cerebral contusion, then his below the knees follow through almost resulted in a vasectomy.  Neither of these outcomes was desired.  I backed off.

After 3.5 hours of up and down hiking, occasionally snagged by wait-a-minute vines, through an increasingly inundated forest, I had all but given up hope of finding an elephant.  We had seen a couple of monkeys in the trees above us, a few caterpillars, the chicken that Rocha had purchased, but no elephants.  We were worn out and ready to call it quits.  In fact by this point I felt like a new recruit on a forced march with Delta Force instead of a common tourist in search of pachyderms.  But then we broke through into a clearing and right there in front of us, unexpectedly, was our 4X4 vehicle exactly where we had parked it.  We got in and drove back to our eco-lodge.  Mission not complete.  And of course the guide fee was the same with or without the desired sighting.  Payment was fixed and was not results based.

When I get around to it I plan to re-title this posting, “No Elephants in the Mist.”

2 thoughts on “Elephants in the Mist”