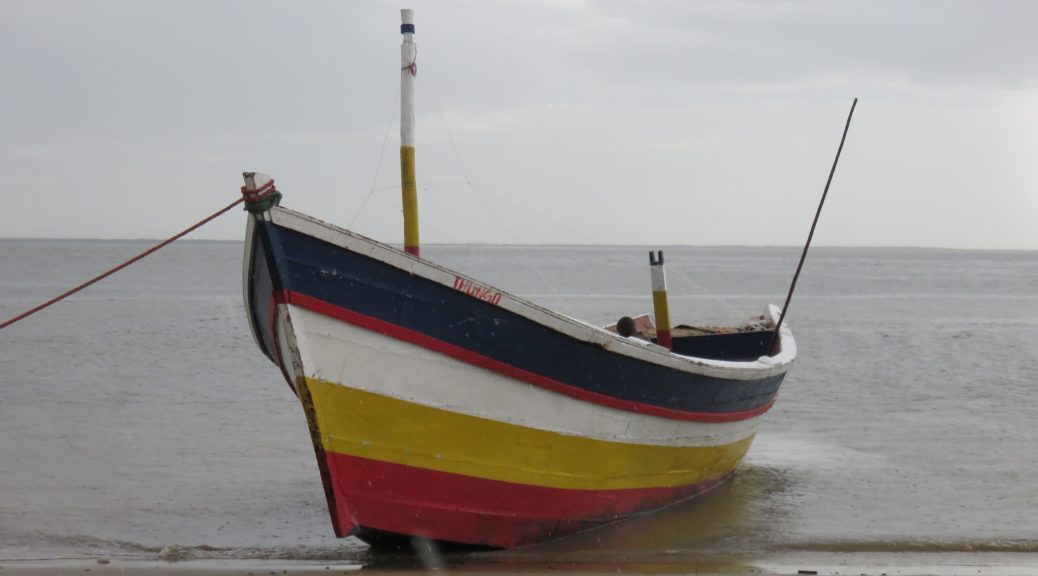 I recently wrapped up an assignment in Mozambique; my fourth assignment in this charming and oh so poor country.  Just how poor you might be wondering.  The average annual income in Mozambique is $580.  That is $1.59 per day.  You try living on that.  The country ranks 183 out of 196 tracked by the World Bank.  (By comparison the average annual per capita income in the United States is nearly 100 times higher: $54,960.)

In fact they are so poor that along one highway I saw 200 people collecting rocks by hand from the side of the road to sell to home builders and to small construction companies.  One doesn’t get much money for a basket of stones, but every little bit helps.

My mission was to help the members of Tadzera Kulima farmers’ co-op improve the business handling of their crops so that they would earn more than $1.59 per day.  Tadzera Kulima means, “We came for farming.”  And I came for teaching farmers.  They needed it too.  They even admitted, “We don’t know how much we sell, we don’t know how much we pay for inputs.”  Consequently, they did not know if they were making or losing money from their farming business.

The co-op has 28 members.  All came for training plus an additional eight of their neighbors, 36 in total. I suspect the members had told their neighbors about my side splitting farmer’s daughter jokes. Why else would they come?  Actually I know better than to tell that genre of joke to farmers.  In fact I seldom attempt to deliver a joke during my trainings.  One never knows if it might upset cultural sensitivities.  And any joke would need to be translated from English into another language.  Of course a joke which might rely on timing, inflection, or word play, would not carry those essential delivery characteristics though an interpreter’s mouth into that other language.

In this case my assigned interpreter, Mateus (Mathew to you gringos), translated English into occasional Portuguese and more frequently into Sena.  This is the tribal language understood by most in this rural part of Mozambique.  Portuguese is the official language of Mozambique – – due to Portuguese colonization – – but is not so widely understood by the less educated.  Countryside dwelling farmers are generally less educated.

I taught the farmers how to make a simple ledger so that they could track their income and their expenses.  For every sales transaction I demonstrated how to enter the date, customer, crop, price, and quantity…similarly for each expense like purchasing seeds or hiring a tractor owner to plow their fields in preparation for planting.  I told them to make an entry every day money changed hands.  They embraced the lesson in the classroom.  I just hope they apply the lesson.  This will be a challenge for the illiterate and innumerate ones.  In rural Mozambique women are more likely to fall into this category. Families tend to spend their very limited resources on education for their sons.   “Free” public education is not free.  One must pony up for school fees, books, uniforms, and materials.    Furthermore girls are more likely to get married underage, thus ending any schooling that was underway.

And speaking of non-free public education, my interpreter passed out cheap note pads and pens to our training class.  The next day one of the women returned to class without her pad and pen…and asked for a second.  The following day with neither pad nor pen, she made the same request.  Eventually we caught on to her scam: She was illiterate and had no use for such tools. She was collecting these materials for her school aged children. At the end of training I offered my few remaining note pads and pens to the farmers. There was a small riot over who got these 33 cent items.  All wanted them for their school children.

In addition to the 36 attendees mentioned above, 14 toddlers and nursing babies also attended training on the hip or breast of their mothers.  The good news is that not all were crying at the same time.  But at any given moment some of them were.  And others were learning to walk in my classroom. Really disruptive – – but I just taught through the clamor.  I couldn’t tell them not to bring their little ones, that would have been insensitively countercultural.  Besides, they take them everywhere: to work in the fields, to the market, to church.  And to training class.

The average mother in Mozambique has 5.15 kids. To bear so many the women must start at an early age. I visited one farm where the farmer, a mid 30’s woman, already had 7 kids.  Her 18 year old son was married himself and had a one year old child. My interpreter married his wife when she was 16. He was 25 at the time. They had their first child one year after their wedding.

Maybe next time I will teach family planning.

Taduka (Thank you in Sena)