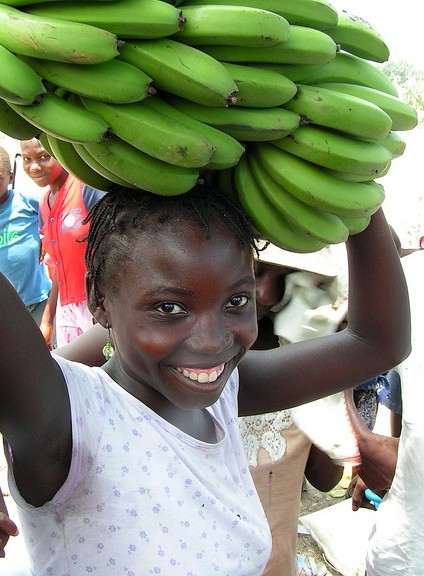 On Friday I started a new business volunteer gig, this time in Haiti…but not in the earthquake zone.  I am not participating in a rebuilding effort.  Instead, I am working for EarthSpark International, a US-based NGO that is bringing clean energy to rural Haiti.  I will spend 17 days in Les Anglais in the far southwest of the country, about six hours over rough, but mostly paved road, from Port au Prince (PAP).

We will launch the Magazen Eneji Pwop (for those of you who don’t read Creole, that is the Clean Energy Store)…a retail store that will sell solar lighting, efficient cook stoves, and alternatives to charcoal fuel.

Haiti is relatively easy to get to, just 3.5 hours Boston to Miami, turn left and travel another 1.5 hours. There is only one time zone change and travel is mostly north to south, so no jet lag to deal with.

Flying into PAP I saw, as expected, numerous collapsed buildings, many tent camps, as well as scores of buildings missing roofs, but with replacement blue plastic tarps to keep out the elements.  The airport is still standing, but – – for safety reasons, I presume – – we disembarked through a newly built temporary arrival hall.  I discovered that a windowless metal building in the tropics, full sunshine, 90 degree heat, gets pretty toasty inside – – especially crowded with people and with only a few weakly spinning fans.  Once through the immigration line and covered in sweat, I went outside to meet my EarthSpark colleagues: executive director Allison (like me, an American) and driver Rene from Haiti.

Since it was too late to begin the six hour drive to Les Anglais, we drove instead to our overnight rooming house through PAP’s ramshackle streets.  The streets display a collection of rubble, much from the earthquake, some from just third world daily life.  Traffic is not particularly heavy.  There are few car owners in this, the poorest country in the western hemisphere.  We passed many, many collapsed, pancaked homes and buildings.  I now understand how the country suffered 200,000 people killed in the January earthquake.

Since few of the remaining buildings are safe to enter, most retail commerce takes place on the sidewalks.  Grilled chicken, coconuts, toilet paper, chewing gum, cigarettes, and so on can all be purchased from a sidewalk vendor.  Throughout the city, are countless tent camps, sheltering I am told up to 1.2 million still homeless Haitians.

A typical tent camp consists of a town square filled with a mix of canvas tents interspersed with plastic lean-to shelters.  Around the border of the tent camp are outhouses and showers set up by relief organizations.  My first impression is that in this incredibly poor country, full reconstruction is years away.

So, a sobering first view of my first afternoon in Haiti.  I will report more once I reach Les Anglais…and its rural povery, well beyond the rubble.