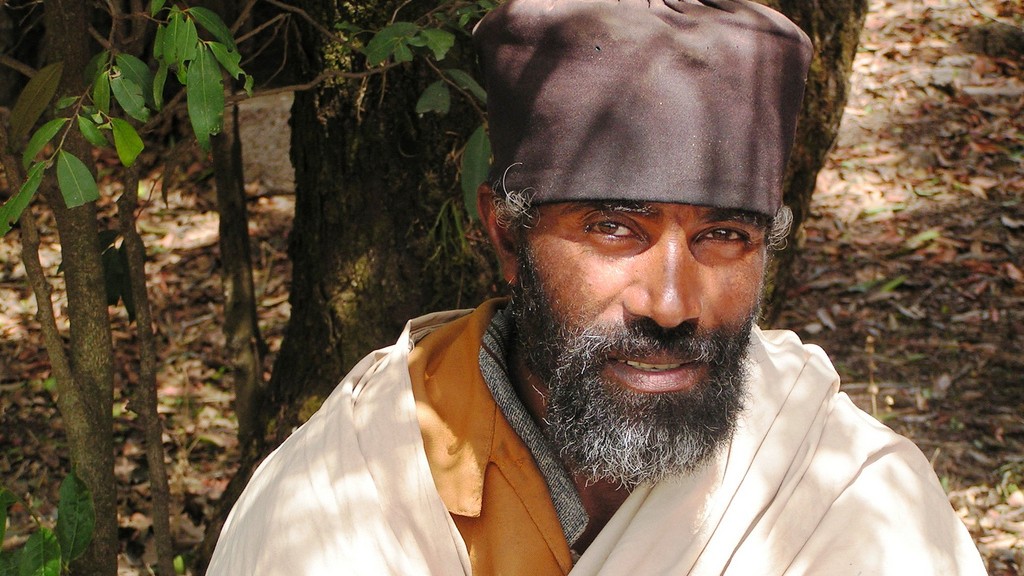 There are a lot of beggars in this very poor country. More than anyplace I have ever been. (Note: I haven’t been to India or to Bangladesh.) But there are lots of them here. Some of them are opportunists, like the sort-of-poor, but not-totally-poor guy who dashes across the street to encounter a perceived affluent foreigner. Or the little kid who stop laughing with his friends and puts on a pitiful face when I walk by. But there are clearly poor women clutching babies, or people wearing little more than rags. There are also many men permanently injured or missing limbs. My best guess is that they are veterans of some ill-advised war that involved their country. And there have been several wars for them to have suffered in.

I can pretty much guess their war by their age. The oldest of the wounded perhaps fought during the 80s in the resistance against Ethiopia’s brutal communist regime. (Overthrown in 1991.) Slightly younger are those that fought through the early 90s in the civil war that followed. The outcome was the separation of Eritrea from Ethiopia. Younger yet are the former soldiers who were sent in the late 90s to fight a simmering border conflict with the newly independent Eritrea. And the youngest of all are those maimed in Somalia. Two years ago Ethiopia sent troops there in an unsuccessful effort to shore up that failed state. Ethiopian troops withdrew this past January. Now the troops are home and the wounded are begging on the streets.

Even the country itself is somewhat of a beggar. When one walks down the street in Addis it is impossible to miss the great number of charities, non-profit organizations, and NGOs that have set up shop here: UNESCO, CARE, Save the Children, The Carter Center, Columbia University’s Earth Institute, UN, Solar Energy Foundation (of course) and the list goes on. I see signs along major roads telling me which wealthy nation funded its construction and notices beside new buildings announcing that the European Commission (or some other body) sponsored its erection. I sometimes wonder if Ethiopia could survive without all this foreign aid. I suppose most low income countries must rely on such aid for their survival.

Religion – Ethiopia claims to be the second oldest Christian nation on earth, after Armenia. Christianity came here around 300 AD. This is a devoutly Christian country despite a large percentage of non-Christians. I have seen varying estimates of the religious mix, but most are around 50% Christian, 40% Muslim, and 10% Animist and other. There is a very small number of Ethiopian Jews. Most were spirited out of the country by Israel during that brutal communist dictatorship of the 1980s.

Despite the sizable proportion of Muslims in the country as a whole, one sees mostly Christians in the central highlands where Addis is located. The significant Muslim populations are around the edges of the country near the Eritrean, Somali, and Sudanese borders. I see many more churches than mosques and while I do see a fair number of Muslim women (evidenced by headscarves) they are greatly outnumbered by Christians. Among men it is difficult to ascertain religion by dress. It appears that these two religions coexist very amicably. I am told that mixed marriages are reasonably common, with either spouse converting to either religion, or even both religions coexisting in the same home. Now, if we could just get other parts of the world to practice this tolerance.