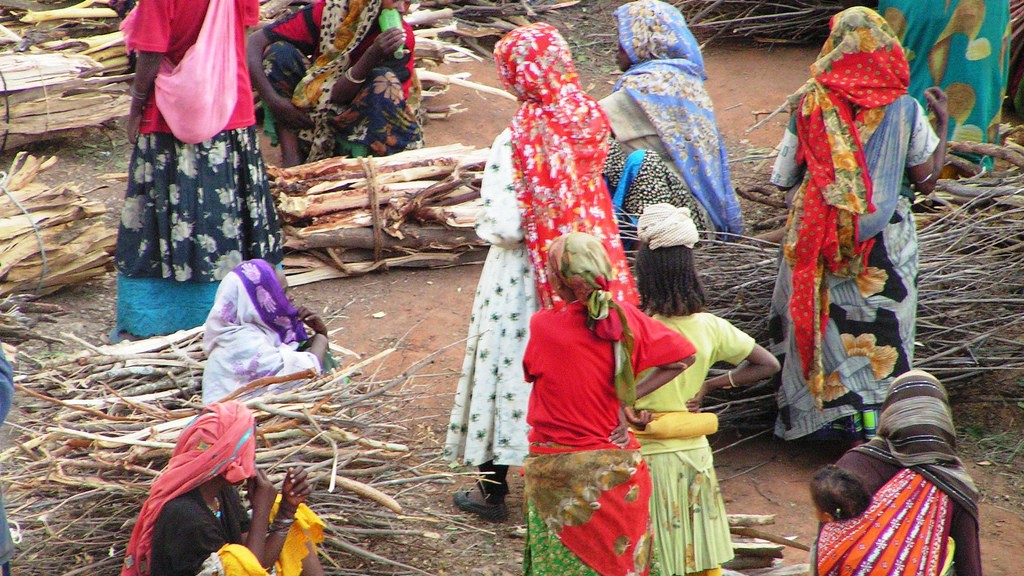 With the rainy season fast approaching, it seemed time to spring for an umbrella. One of the women at my office told me I should pay ETB35 – 50 (Ethiopian birr) or about $3 – 4.50. Before heading out for a post-work umbrella shopping spree, I inquired at my hotel reception desk about where to find the desired product. The receptionist told me to go to a supermarket because the nearby small shops sell only “artificial umbrellas.” Hmm, artificial umbrellas are a new concept to me. More likely, we were dealing with a language error. But just in case, I headed to the nearby small shops to see if they had artificial umbrellas.

All in all it was a successful afternoon. I purchased an artificial umbrella. I learned the Amharic word for umbrella. (“jonTELA” for the linguistically curious among you.)And I got to bargain: starting price ETB 80; my price ETB 50 – – just within the range recommended at my office.

The Ethiopians are big on greetings. When men greet they shake hands. And depending how formal the greeting, the man will often bow his head and touch his own forearm with his free hand while shaking hands. Sometimes, while shaking hands he will bump shoulders with the other fellow, one, two, or three times. (I think the number of shoulder bumps indicates how happy he is to see each other guy.) I am fairly adept at the shoulder bump by now.

Women generally shake hands and kiss each other on alternate cheeks three times. Occasionally I have seen this alternation continue up to five kisses. Again, I assume, a sign of happiness to see a friend.

I had my first Amharic lesson on Friday. My tutor, Dawit, was introduced to me by a local British guy. Dawit has tutored several people from the British Embassy and he is quite good. He will come to my hotel two or three times each week to teach me to say please and thank you.

I had written in a previous posting that there were 231 characters in the Amharic alphabet. I was wrong. Dawit brought me a table with 238 characters…and he told me there were actually more, but the extras were not frequently used. 231, 238, even more – – all overwhelming to me. They have strong vowels and weak vowels…including one vowel that is so weak it is used as a consonant. (Whatever that means.) They even have explosive consonants – – my favorites – – that sound almost like one of the world’s rare click languages. So much for the alphabet.

After my first lesson, I can greet men, women, groups of people, and priests at different times of day. Each greeting is different and some are hard to pronounce. Especially those with weak vowels and explosive consonants.

With just one lesson under my belt, conversing in English remains mandatory. I am still finding that accurate communication, even with nominal English speakers, is a continuing challenge. Interviews are especially difficult. The accent is always tough and even those who speak English often don’t have a full grasp of the language. A recent interview went like this:

Me: “What is your job responsibility?”

Good answer, I guess, but not to the question I asked. I must frequently, reformulate and re-ask my question in even simpler English.