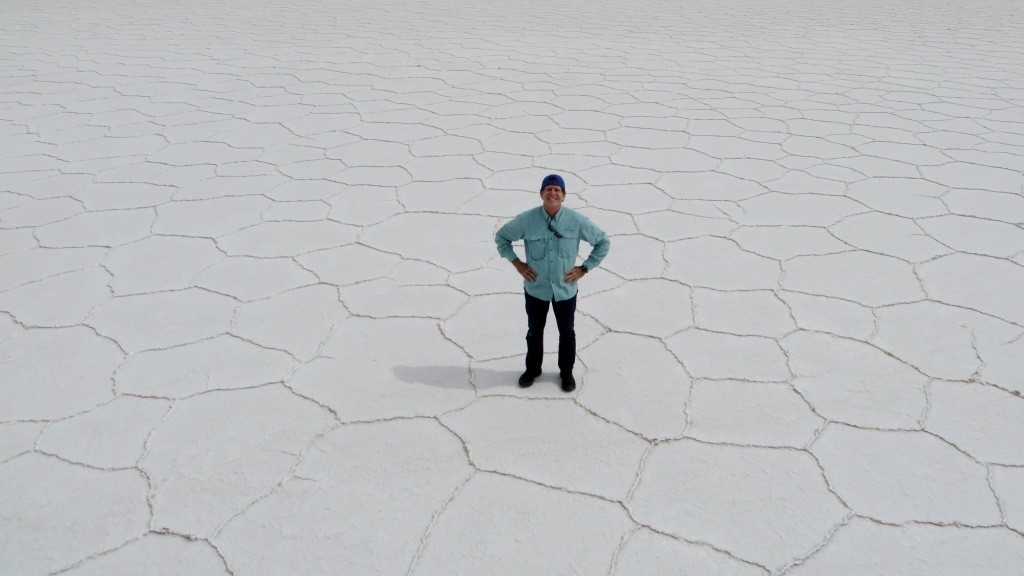 I returned to La Paz nearly three weeks ago to begin my second round of work with Walisuma, the upmarket retailer of Bolivian crafts that provides poor artisans with an outlet for their goods. Flying in, I saw that the previously snow-capped mountains were now heavily snow cloaked.  It is summertime here south of the equator and La Paz lies in the tropic zone.  But at 12,000 feet and in the rainy season, it feels anything but summer. It rains off and on for a few hours every day.  And that precipitation will land as snow on the mountains outside of La Paz. In the city it will drop below 40 at night.  Wear a coat and carry an umbrella. Happy summer.

While I was in the US for the holiday season La Paz opened its third aerial cable car line.  In a city built on steep mountainsides it is impossible to construct an underground metro system.  How would you tunnel horizontally down a vertical cliff?  With a million inhabitants trying to drive up and down hairpin turns, the traffic is slow and nerve-wracking. One end of town to another can take well over 90 minutes.  If you are poor (like most here) and without a car (like most here), the ride requires two or three mini-bus transfers.

But La Paz, now with three cable lines, offers the most connected aerial urban mass transit in the world. Aerial transit here cuts commuting time by over 60%. The ride costs less than 50 cents and the views are spectacular.  More lines are on the drawing board.

And speaking of superlative, Salar de Uyuni, Bolivia´s other-worldly salt flats are tops in the world salt bed competition.  They are roughly the size of Belgium. I drove for two hours across nothing but a salt pan, say from Brussels to Antwerp, or more accurately, from Coquesa to Uyuni.  Nothing but hard crystalized salt as far as the eye could see.  Like a winter whiteout without the snow. And all around the fringes are fascinating sights: four species of flamingos, llamas, alpacas, vicuñas, volcanoes reaching 20,000 feet, mineral-stained red and green lakes. As well, a boon for poor Bolivia, Salar de Uyuni offers the largest lithium reserves, yes, in the world.  Battery powered devices – – your iPhone, for example – – will only grow in popularity and so will demand for Bolivia´s lithium.

In order to ensure that Walisuma´s newly developed growth strategy passed the commonsense test, we met with a selection of our most knowledgeable suppliers and friendly competitors to get their views on our plans to export our product, initiate web commerce, and improve marketing at our La Paz outlet.

All indicated support, even our friendly competitors.  I suspect they are hoping to piggyback on our initiatives.  Soon Walisuma will be looking for a full time business director. If any of you wish to move to La Paz and run a growing social business, please let me know.  It promises to be a stimulating job in a fascinating place…once you get over altitude sickness. Bring your umbrella.

2 thoughts on “Salt in Your Eye”