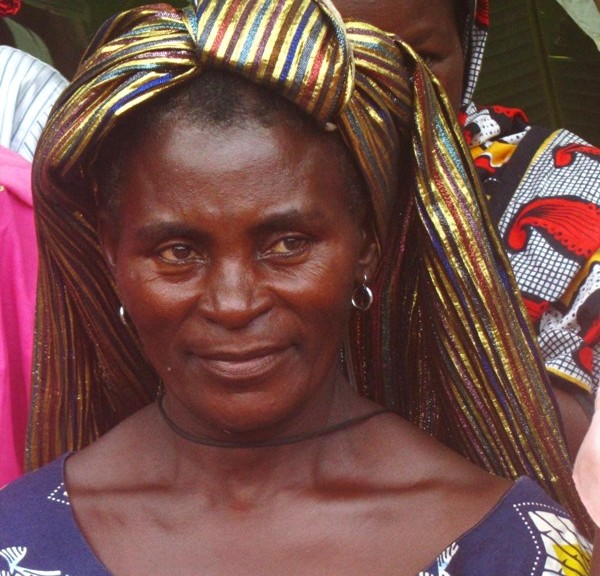 I held my final marketing training class last Friday. The dilemma: start on time, 8 AM, or wait until the late comers arrive. We had 25 farmers in their seats by 8:05 so I commenced. Some stragglers wandered in around 8:30, even more by 9. The class had doubled in size and they continued to file in. I suspect word had gotten around the village that my jokes were spot on that morning, notwithstanding the translation filter that they had to pass through. The class was scheduled to end at 10 and even after 9:30 they still came. I have discovered that punctuality is not a cultural imperative in rural Tanzania. The locals mostly all have cell phones (with clocks) but farming and family chores often take priority over attendance at marketing class. By the time I wrapped up the day’s lesson, 60 eager farmers were packed into the small community hall turned classroom.

All of these farmers were members of an irrigation program that channels rainwater from the nearby mountains to their fields: Due to the success of their irrigation scheme many in the village have graduated from the traditional home of mud brick with thatched roof to kiln fired brick with metal roof. They still don’t have electricity and running water. Once the benefit of my marketing lessons kick in I expect to see them upgrading to McMansions. I’ll check on my next visit to Tanzania.

The final marketing training class covered the fourth P of the marketing mix, Promotion – how to make your target market aware of your product. Modern marketing communication calls for a sophisticated mix of TV, radio, print, direct mail, Internet, trade shows, and so on. In Mlali village the farmers can really apply only the most basic marketing communication tools. Phone calls and text messages to prospective customers figure prominently. Emails are out because computer ownership is close to nil. And besides, you already know that there is no electricity in their homes.

After class I treated my Tanzanian colleagues to lunch. They suggested I try the fresh blended fruit juice. But an unusual blend: passion fruit and avocado. The sweetness of passion fruit juice is tempered by the avocado and in turn, the density of mashed avocado is cut by the passion juice. You can drink it through a straw and it tastes really delicious. Dust off that old juicer you’ve been keeping under the sink. I guarantee you’ll like it.

After finishing my work in Tanzania, I decided to visit the next door neighbor.

Rwanda burst into our conscious and our conscience in 1994 as a result of its horrendous genocide. Actually, horrendous always precedes the word genocide. In Rwanda extremist Hutu murdered Tutsi and moderate Hutu.

I flew into the capital, Kigali, to find a modern, efficient airport: off the plane and through customs inside of 5 minutes. Really. Only Singapore can beat that. A taxi ride through Kigali’s rolling hills (Rwanda is nicknamed the land of a thousand hills) revealed paved roads, working traffic lights, modest but solid homes, well kept yards and gardens, no beggars in sight…clearly a step or two up from most other African countries I have visited.

During my walk the next day I suspected that most of those thousand hills were in Kigali. My first stop was the Hotel des Mille Collines – – known more familiarly to us as the Hotel Rwanda, the setting of the memorable film of the same name. Today it is a $200 per night high end lodging and yields little clue of its troubled past and its heroic manager.

In fact today the casual visitor would not suspect Rwanda’s troubled past. At least until you chat with the people. I asked a taxi driver, are you from Kigali? He answered, “No, I was born in northern Rwanda but had to live in Uganda during the genocide. I don’t have a wife.” A worker in my hotel responded, “My parents fled to Burundi where I was born. After they were killed I was raised in an orphanage.”

In a country of 8 million, one million were killed. Another two million fled to other countries, perhaps two million more were internally displaced. Everyone has a story to tell: as a victim, as a perpetrator, a collaborator, or a bystander.

In the hills of Kigali stands the Genocide Memorial – – the most moving memorial I have ever visited. And I have seen Anne Frank’s house, Dachau, Auschwitz, and the Armenian Genocide Museum in Armenia. My emotions ran from incensed, to angry, to sobbing, and finally to inspired. This was so moving for me due to the recentness of the genocide. It transpired during my recent adult memory. It reflected on other genocides: the Holocaust, the Armenian Genocide, contemporary atrocities in the Balkans. And the flow of the memorial displays is remarkably powerful. They begin with pre-genocide peace and then proceed through the planning of the atrocities to the actual events – – interspersed with video recollections of survivors telling of the violence they or their families suffered: torture, rape, mutilation, execution. Then there was the children’s room (this was the sobbing part) with brief life stories and photographs of twenty or so of the hundreds of thousands of children murdered. Final stop was the memorial gardens surrounded by the mass graves of 250,000 victims.

But by the end I felt purified. Indeed the goal of this Genocide Memorial is to ensure the victims will never be forgotten and to contribute to the country’s healing. And based on my scratching of the surface in Rwanda the healing has begun. Hutus and Tutsis are pulling together. Come see for yourself, this is an amazingly upbeat country – – all one thousand hills of it.