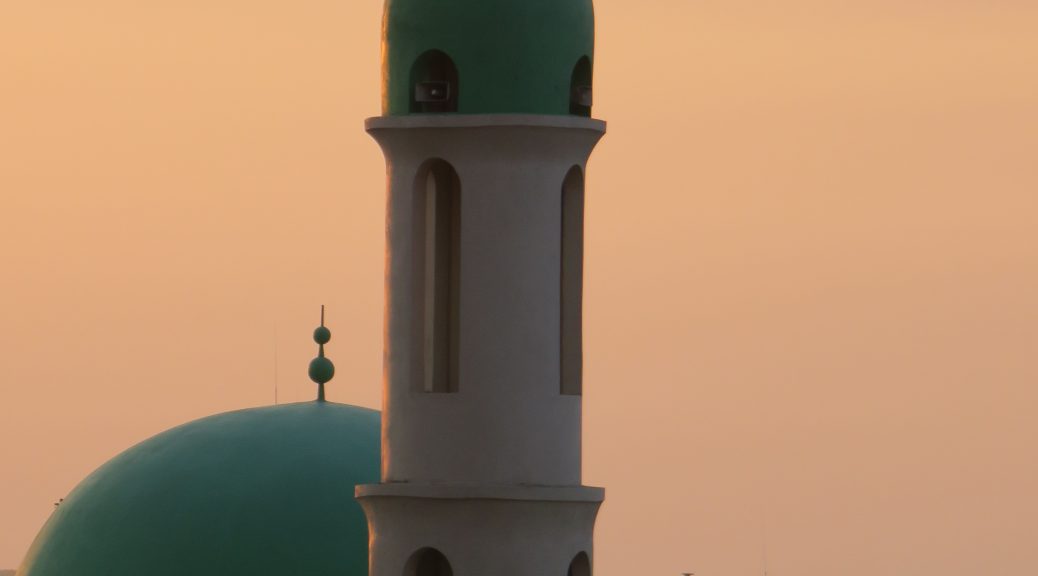 In a very poor country one does not often find a functional olympic-size swimming pool.  Surprisingly I found one in Beira – – Mozambique’s third largest city. My NGO for the southern tier of Africa, CNFA, had sent me here to work with a women’s self-help cooperative.  I needed a break from work and some exercise so I paid the $1 fee to enter the pool.  Sunday mid afternoon is usually a crowded pool time in most places, but I found myself alone in the pool.  Even the ticket taker was absent.  (I paid the entrance fee to the custodian.)

The water was a refreshing milky color. Apparently neither the custodian nor the filtration system was up to snuff.  Post workout, I noticed that the restroom had a sign posted, “Nao xixi-xixi. Não drena.” Or roughly, “No pee pee.  Doesn’t flush.”  So I guess with the restroom inoperative, that leaves the pool as an option.  I wish I had read the sign pre-swim.

Swimming aside, my task here has been to train a group of 20 individuals in personal financial skills, including how to set up a uniquely poor country institution: a VSLA – – Village Saving and Loan Association.  The VSLA concept was pioneered in Niger in 1991 and is now in 73 countries worldwide including Mozambique. Variations of this approach reach more than 12 million people around the globe.

There is a strict organization to the methodology. It is designed specifically to benefit very poor people who are illiterate and even innumerate and who require simplicity and structure. For example:

This VSLA methodology is ideally suited for low income people whose savings would be far below the minimum account size required by a traditional bank.

I was vaguely familiar with this concept, having come across it a few years ago in Uganda.  But I was far from knowledgeable.  Fortunately, I found a VSLA field guide on line (thank you Mr. Google) and was able to stay one day ahead of the class.  I don’t think they noticed my narrow knowledge lead on them.

My class of low income women (and a few men) included a chicken grower, used tire proprietor; auto parts dealer, market vegetable seller, and owner of a sundries kiosk. Even a Catholic nun and a sprinkling of high school students in light blue shirts with dark blue ties showed up.

Before teaching them how to establish and manage a VSLA, I instructed them on personal financial management.  That is a topic I do know something about, having worked many years in the financial services industry. However, my attempt to teach them the time value of money spun out of control.  I asked them to choose between receiving $100 today or $150 one year from now.  Of course, $150 represents a 50% return on $100, so waiting one year is the wiser financial choice.

Everyone in the class opted for $100 today. I asked them why.  They variously reported that they could get a substantially higher return than 50% – – which by the way is an incredibly attractive return – – by putting the money into a business.  I asked about the level of risk they might face.  The best response was, “Everything we do in Mozambique takes risk, we must take risk to survive.”  The chicken grower stated that if he bought one hundred dollars worth of new chicks, raised them to maturity, and sold them, he would ,without doubt, earn 40% each month.  I have no idea how he came up with figure and I doubt he did either.  But I didn’t press the issue because my rich country perspective clearly did not jibe with very poor peoples’ perspectives.  They did agree that spending on expensive wants instead of needs was not a good idea and that making a budget was a good idea.  So, all in all, we did have mostly similar financial beliefs.

My interpreter was worried about his three month old baby daughter.  She was refusing to nurse and was crying way too much.  His wife took their baby to a traditional healer, not a trained pediatrician.  The daughter did not improve.  My interpreter and his wife surmised that the traditional healer had, instead of instituting a cure, had cast a bad spell over the baby.  That was the reason for crying and not nursing.  My interpreter said, “You must always be careful with African magic.”  The ironic part to this story is that my interpreter is studying to become an MD and yet patronizes an untrained traditional healer.