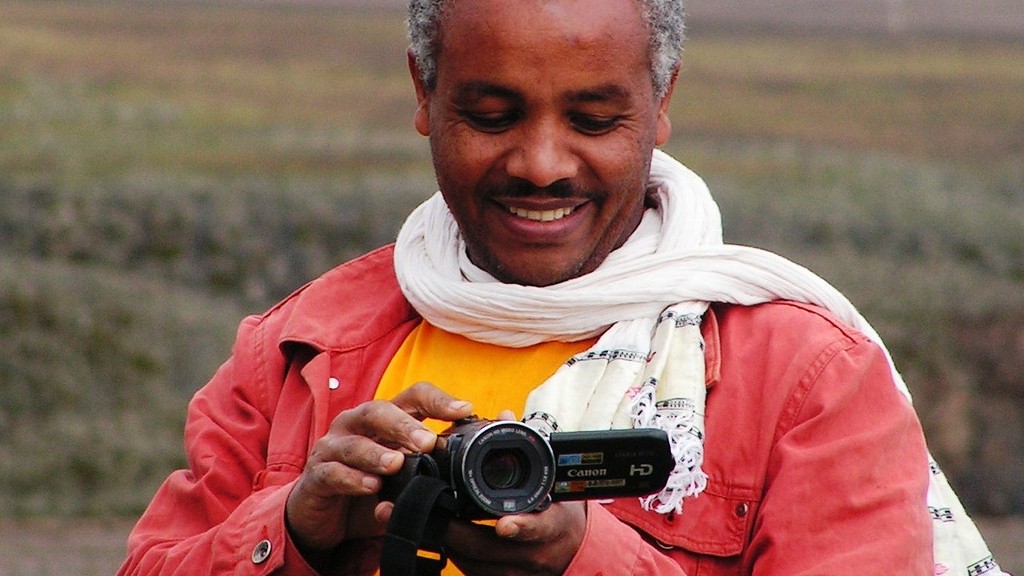 The rainy season has arrived with a vengeance: torrential downpours nearly every day. They last several hours at a time and turn the many dirt roads around my hotel into sticky, goopy red mud. The other morning I made the mistake of taking a dirt road shortcut – – after a heavy overnight rain – – to my office; By the time I had navigated the 300 yards of dirt road-turned mud puddle, my shoes were so heavily coated with red sticky mud I could barely lift them. And they had grown in size as well. On the far side of my sludge traverse lay an asphalt road and a phalanx of heaven-sent shoeshine boys. For 20 cents – – and at that price I should be getting several shines a day – – one of them washed off the mud, shined and reconditioned my shoes and had me on my way to work inside of ten minutes. Looking pretty spiffy, except for the mud on my pants up to my knees.

One rainy afternoon I went outside to discover that someone had replaced the asphalt main road in front of my hotel with a lake – – and not an insignificant lake. I had to walk nearly a block to find a fordable spot, all the time jumping back from the lake shore to avoid too fast drivers and their less than thoughtful splash. Naturally, one really doesn’t want to get splashed, and not just because rain water is especially wet. More because our new lake is red with mud washed in from tributary dirt roads…all of which have had herds of cows, donkeys, goats, and sheep driven over them earlier in the day. The lake water is about as clean as a stock pond on a farm.

The great challenge is to navigate all this in an evening downpour during a power outage. Control the umbrella, try to see in the dark, find thy ford, avoid the car splash, and have a nice day.

Ethiopia lies north of the equator and thus it is officially summer here, but the Ethiopians call this season their winter. The days are often darker (lots of clouds) and noticeably cooler: 50s at night, 70s in the day. Some wear a parka with the hood up to protect against the (relative) chill. I am fine with just a shirt (and umbrella), this is like a typical New England summer day for me.

The Ethiopian tourist board has a poster with a tag line that reads “13 Months of Sunshine” Such a statement of course requires explanation. In this country they use the old Julian calendar – – the same calendar used by the western world until 1582, at which time we switched to the Gregorian calendar. The Julian, or Ethiopian calendar as they like to call it, has 12 months of 30 days each, plus a 13th month of 5 days (6 in leap years.) Do the math: 365 days, just like our year, only packaged differently. So that’s how they get 13 months of sunshine. But that still doesn’t account for the rainy season which I presume the tag line ignores.

Back in 1582 when much of the world made the switch from Julian to Gregorian, seven to eight years somehow got lost in translation. The upshot is that it is currently 2001 in Ethiopia, turning 2002 in September. And if months and years haven’t confused you, let’s move to time of day. In the west our day is split in half, midnight to noon (AM) and noon to midnight (PM). In Ethiopia they start counting their daytime from 6AM and nighttime from 6 PM. Thus 2 o’clock daytime on an Ethiopian clock would be 8 AM on our western clock. Some clocks are set on Ethiopian time, some on western time…all very confusing. So let me put it all together. Say you have a very important business meeting (or a hot date) at 3 o’clock daytime on day 4 of month 13, 2001…that could very well be tomorrow, however you would never know until it is too late. But you should take your umbrella anyway.