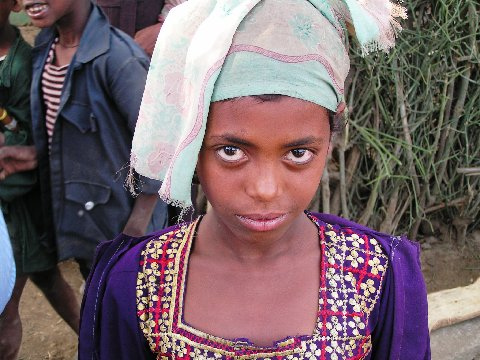 I am back Newton now for a two week R&R. I will return to Ethiopia on the first of June for a six week stay. Here are a couple of items I wrote previously but did not get around to posting… until now, that is.

Even the paved roads near my hotel – – and there are as many dirt as paved – – are incredibly dusty. Of course this plays havoc with my shoes and hence my professional appearance. But getting a shine is simple, there are shoe shine boys everywhere. I figure they should be in school, but they are not, and consequently their career arc probably won’t rise much above shoe shine boy.

I approached the first one I saw and asked, “How much for a shine” and was told by the shoe shining truant, 25 cents. I knew this was greatly inflated, but at what point does one just pay up and not negotiate small amounts? In principal I don’t like paying above the market rate just because I am a foreigner. But in this case, I figured he could use the extra few cents more than I. So I sat down on his stool at the edge of the sidewalk and the shine began.

When the customer next to me paid 10 cents for his shine, I knew the real market price. My shine soon completed, I offered the shiner the 25 cents we had agreed on. Sly little kid… said that was 25 cents per shoe. Now this is where I draw the line. I am willing to overpay an agreed upon price, but I won’t be swindled – – even if a small amount, especially by a dropout. I put 25 cents on the ground and walked away from the pouting shyster.

Power outages: We have one every 3 or 4 days. There is no schedule for these outages, they begin very early in the morning and I discover them when I wake up. Fortunately it gets light before 6 AM so I can at least see what I am doing. There is also no power at the office either. We have sufficient light from windows to see, but the computers, printers, landline telephones, office refrigerator don’t run too well without electricity. Generally, we operate off the computer battery for a couple of hours until the computer dies. People whose jobs require being connected or using a computer sometimes leave for the day. I try to work on paper or go to an Internet cafe in a different part of town – – one that is not subjected to the current outage. Maybe their turn for outage will be tomorrow. Who knows?

Some larger shops and restaurants switch to generators. But many restaurants do not have generators so they cook from gas canisters and light with candles. Power returns around 9 PM but it has been dark since 7 PM. One evening, around 8 PM I walked home from the gym during a power outage. No shop lighting, no restaurant lighting, no street lighting. It was pitch black. I couldn’t even see the two foot deep holes in the sidewalk. And I didn’t like walking in the street because some drivers save gasoline by driving with their lights off. No wonder they call Africa the Dark Continent.