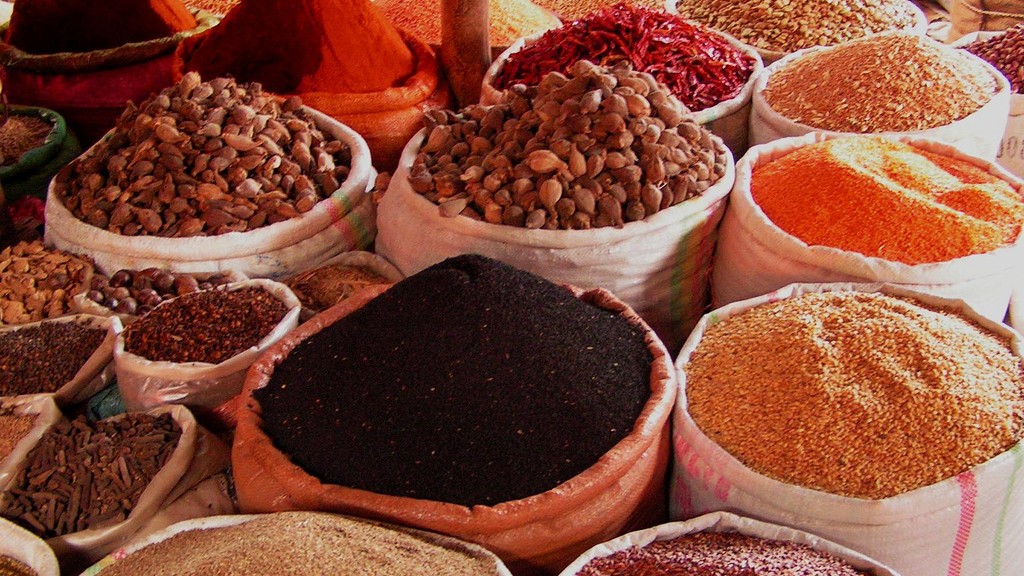 We left Addis Ababa at 6 AM on Wednesday, heading to the Southern Peoples State where we were to present our solar systems to farmers who live in unelectrified villages. Four of us from the Solar Energy Foundation went along to make the pitch. I was merely an observer, able to speak neither Amharic, the national language, nor Gurage, the language of the Southern Peoples State.

We fought through horrendous early morning traffic. It is a mystery to me how one of the poorest countries in the world – – Ethiopia ranks 11th from the bottom in the world in GDP per capita – – can have enough cars to create a traffic jam…but they have more than enough, big time. There are no pollution controls on vehicles so eye stinging exhaust billows everywhere. Thick enough to see. Thick enough to taste. And the honking is incessant.

Outside the city, the air in the rolling green hills of the Ethiopian highlands (7000 feet) was clear and clean. Small farms lay in every direction. The local farmers and families live in a gocho, a round wooden hut, maybe 20 feet in diameter, covered with a high conical thatched grass roof. Many family compounds consisted of several gocho surrounding a grassy courtyard – – all enclosed with a hand hewn wooden palisade fence. Green hills, crops, scattered gocho compounds and people walking everywhere – – incredibly picturesque.

The bright sun, equatorial sun, pushes the daytime temperatures into the low 80’s – – tempered somewhat by the high altitude. At night the temperature falls to the comfortable mid 50s.

In the countryside, men wear western trousers and shirts, some very worn and ragged. Women wear loose fitting ankle length skirts or dresses with a totally mismatched, clashing top. Most women and some men wrap a thin shawl around the upper torso and over the head to ward off the early morning chill, and later, the bright midday sun.

As we made our way south we passed through 10 or so small towns, each with a school. Kids on their way to morning class wore look-alike school uniforms: a brightly colored pullover. Each town had its own uniform color: vibrant green, bright red, hot pink, electric grape, shocking lavender. All very eye catching. Boys and girls alike wore this uniform, sometimes with matching pants. The sight of an entire school class in hot pink pullover and hot pink pants was unusual for me. Apparently Ethiopians don’t attach such gender specific assignments to clothing colors as we do in the west. Two hours south on a main paved road, then two more hours on a rocky, bumpy dirt road brought us to Gumar, sort of a rural county seat. When we arrived in this small town to conduct a solar demonstration for the county administrators, we discovered that our meeting would be delayed because a local catastrophe had struck just an hour earlier.

An open cooking fire inside a wood and grass gocho had lit the home on fire. A morning breeze fanned the flames which quickly jumped to 10 adjacent gocho. By the time we arrived, only circular smoking ash remained. Hundreds of villagers swatted at the smoking embers with leafy tree branches. Another hundred or so milled around, gawking. School had been let out; hundreds of school kids joined the two teams: swatters and gawkers. Not having a swatting branch, I joined the gawkers. I soon learned that a white face in this remote highland town was imminently more remarkable to the kids than were smoking huts. A crowd of students, 10 – 20 deep surrounded me, silently staring. My abrupt, “hello,” elicited swarms of giggles.

Eventually the fire was brought under control with no loss of life nor injuries. But sadly, 10 families lost their homes. Our team retreated to the local restaurant to await our rescheduled meeting with the county administrators.

Someone ordered for us: injera (remember, spongy pita-like brad made from teff, an indigenous whole grain.) Also a big bowl of rather chewy cooked beef mixed with what looked like small white onion bits. “Good, I thought, “at least I can get my vegetables.” But, bad news: the small white onion bits turned out to be gristle. But also good news: there was plenty of it.

In the afternoon we met with the county administrators to organize a demonstration the next day with the farmers whose villages lacked electricity. The meeting was set for “9:30 or 10.” Sort of indeterminate, I thought.

The next morning the farmers began arriving at 10. They were still arriving at 11 when we started the presentation. They were still arriving at 11:30 when we were into the heart of the presentation. Ultimately we had 166 men and 6 women crowded into the local meeting hall. They had walked in from as much as 2 hours away. Many arrived carrying their dual purpose walking stick/shepherd’s crook. The wealthier ones carried a horse whip – – they had ridden in. One guy showed up on a motor bike. Another farmer brushed his teeth during the meeting – – he massaged his gums with a fibrous plant stem. The non-punctual arrival demonstrated to me that we were working in a timeless economy. There were watches on a few wrists, but that didn’t seem to affect their random arrival pattern. Apparently the watch is more for show than function. I assume the meeting time was set according to wake up, breakfast, and early morning farm chores.

The meeting went well, the farmers were sold on the concept. In a couple of weeks Solar Energy Foundation will send a technical team back to Gumar to begin installing 100 or so solar systems.