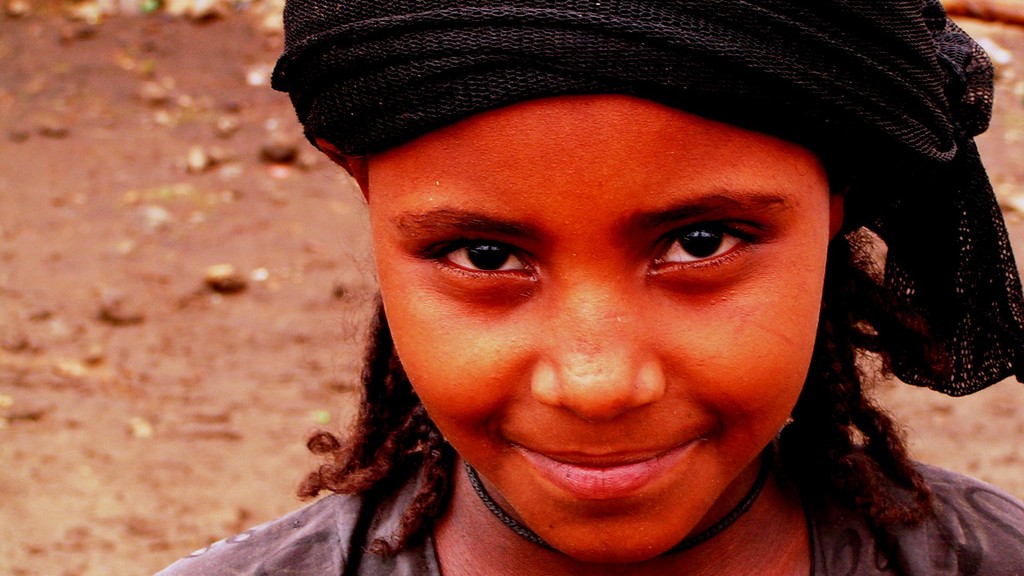 I arrived in Ethiopia’s capital, Addis Ababa, on Friday morning after a too long flight with too many layovers en route from Boston. After a brief nap I went to the office of the Solar Energy Foundation. SEF is a German/Swiss organization with a major focus on solar energy in Ethiopia. I will be spending about three months helping SEF set up a sales and distribution network for their solar energy business.

I met my Ethiopian SEF business contacts, Samson – CEO and Worku – CFO, and they are so hungry for assistance that even I can help. I spent the first two days learning, listening, diagnosing.

About 84% of rural Et hiopia is without electricity and SEF has targeted unelectrified villages as its target market. To make this business more than just another NGO (non-governmental organization) give-away, SEF is requiring their customers to purchase the solar system – – thereby committing the customer to the success of this venture. And by running this program as a business, SEF is creating sustainable jobs for Ethiopians, providing technical training, and ultimately will generate manufacturing in the country.

They sell solar systems to rural folk, mainly farmers and their families. SEF subsidizes 20% of the cost of the system – – a solar panel, storage battery, and long life lights – – and takes payment for the remaining 80% from the customer in four payments. SEF installs the system upon receipt of the first payment. Remaining payments are required annually, so in effect, SEF loans the purchase price of the system to the farmer and receives and annual payment over three years.

Ah ha, I thought, I can immediately save SEF money by requiring payment monthly, instead of annually: in effect speeding up collections. Oh, the things we take for granted in the west. Farmers cannot pay monthly. They have no bank accounts; they have money only after the autumn harvest. That is when they can afford to pay for cash items – – like a solar system. The rest of the year they subsist in a mostly cashless state. Apparently, I have more to learn before applying breakthrough business concepts that won’t work in the developing world.

Addis is a big (3 million), sprawling city with few street names and no street numbers. To describe one’s location one states the general area of town and a big building nearby. I am in the Bole area near the Medhane Alem church.

A word about the language…or languages, all 80+ of them. I will focus my efforts on Amharic, considered the national language, even thought just 1 of 3 Ethiopians is a native speaker. The other two thirds use one of the other 80 languages.

I began to study my Amharic phrase book to learn the alphabet. But I gave up when I discovered that there are 231 letters – – and actually they aren’t letters, they are more like syllables and the so-called alphabet is actually a syllabary.

Next, I thought I’d learn some basic verbs, only to find that verbs change spelling (unrecognizably) depending on the gender and number of the subject and the object referred to. Way too complex for my feeble language skills. So now my only hope is to memorize a few simple phrases and hope for the best.

Worku, one of my Ethiopian colleagues, took me around the city on Sunday. He treated me to lunch at a traditional restaurant in a 100 year old house overlooking Addis. The first thing he ordered for us was teuj, a fermented honey drink with all the character of grain alcohol.

Next he suggested we try the raw meat – – I politely took the cooked chicken option while they brought Worku one pound of raw beef. We each cut our chosen meat into bite sizes, then picked up each piece with a piece of injera bread (no utensils other than the knives.) Injera is a sort of spongy pita bread made from teff, a local whole grain. My dish was covered with a mildly spicy red pepper sauce and was quite good. Worku’s was basically a slab of dead cow and, I assume, quite bad. (Apologies to the carnivores among you.) Apparently this raw meat dish is a delicacy in Ethiopia.

I will be traveling in the countryside for several days: my first immersion into rural Ethiopia. With my SEF colleagues, we will visit a village that SEF is trying to market its solar system to. SEF will demonstrate how the system works, then with some luck, sign up a bunch of new customers.