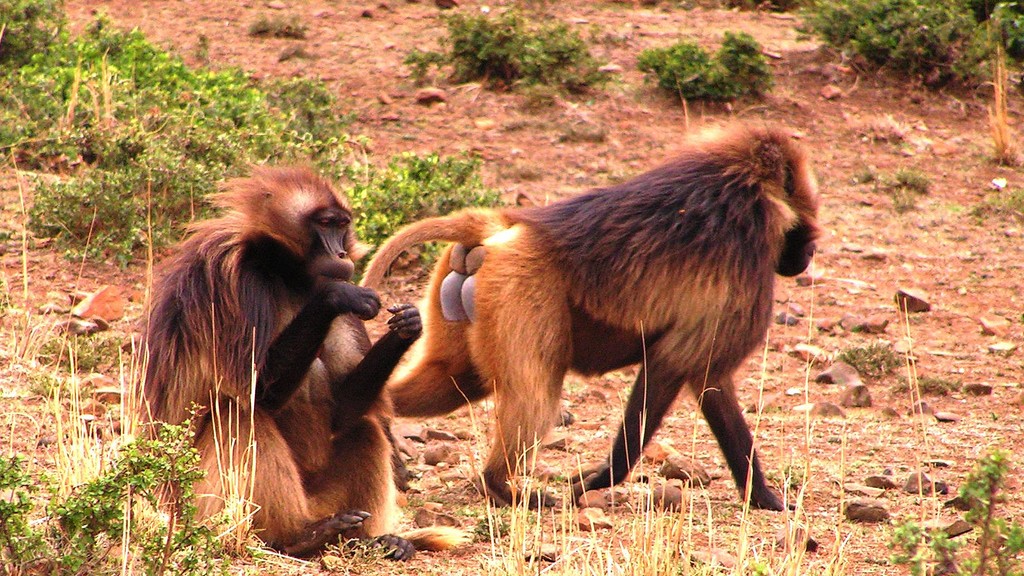 You may recall from my June 15 posting that disagreement over the price of repairing my torn trousers (27 cents vs. 9 cents) caused a minor ruckus in Harrar. So, I brought the offending trousers back to Addis for repair. Our very able executive assistant, Yikanu, took them to her tailor near the office. He charged her big city prices: 9 cents. How do they make a living?

The rainy season is just now beginning, perhaps an hour of hard rain every other afternoon. I am told the frequency and length of downpours will increase. But at the moment, our reservoirs are at their lowest point and the few rains have so far not really raised the water level. Consequently, hydro-generation of electricity is at its weakest. We now have all day power outages every other day. One gets used to it and works around the inconvenience. In a few weeks the increasing rain should replenish the reservoirs and eliminate the need for power outages… until dry season again next year.

On Sunday I took a daytrip with a new friend, Lorenz, an Austrian/American working here in Addis. We hired a car and driver ($36 for the day) to take us two hours north of Addis to the Muger Gorge. This steep gorge plunges 2000 feet to the Muger River below. The Muger is a tributary of the Blue Nile, which meets the White Nile in Khartoum, Sudan. Together they form the Nile and flow northward through Egypt to empty into the Mediterranean. But enough geography.

We began our exploration on the rim of the gorge in the village of Durba where a very colorful Sunday market was taking place. Just a couple hundred yards from the market we observed an eye catching 300 foot high waterfall, and then nearby, a troupe of 25 or so Gelada Baboons ambling across an open field. They are also known as “bleeding heart” baboons due a chest of bare red skin sported by the male; no hair there on this otherwise hirsute animal. A quick glance might lead one to think the male’s heart is bleeding.

After a few photo shots we left the baboons and descended the switch back trail into the steep canyon. Soon we stopped on a rocky ledge (with a spectacular view across the gorge) to eat the sack lunches we had brought with us. Apparently the sight of two foreigners eating strange food overcame the reticence of several locals who were streaming down the trail from the market above to their homes on the canyon floor below. They stopped to stare. We had brought too much food for our lunch, so we offered the extra to the curious locals. They seemed intrigued by the exotic food we shared: apples, raisins, hummus, crackers. All purchased in a supermarket in Addis, but quite rare in this semi-isolated canyon.

They seemed to take a liking to our food… and to us as well. They invited us to hike to the bottom with them, so we set off with half a dozen of varying ages. An 11 year old girl was the only one who could speak some English, so she became our main contact. At one point she pointed at me and told 29 year old Lorenz, “The old man is clever.” I was partially flattered.

At the bottom, one of our fellow traveler, a middle aged woman, invited us to her home for coffee, dinner, sleep the night, and breakfast. Quite an offer – – if correctly translated by the 11 year old. But we had a driver and car waiting back on top so we had to decline her generosity. The 2000 elevation rise, bottom to top, was a workout. Due to the extreme steepness of the rocky trail, our climb was like ascending stairs for one hour straight. We didn’t stop, but we did have to side step occasionally on the narrow switchback, whenever a string of charcoal laden donkeys bore down on us from the market above. Good climb, good agility training, no need to visit the gym that day.