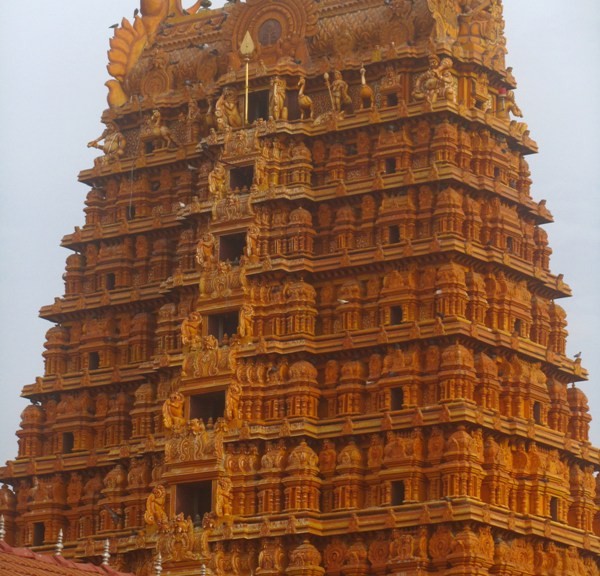 Sri Lanka’s brutal thirty year civil war ended in 2009. The north and the east of the country were decimated. This is the homeland of the (Hindu) Tamils, losers in this wasteful endeavor. The victorious (Buddhist) Sinhalese government has come in for much criticism about their final push into the Tamil region at the end of the war. Innocent civilians were mowed down along with the Tamil rebels – – the notorious Tamil Tigers. The Tamil Tigers introduced the world to suicide bombings aimed at innocent civilians. They extracted “war taxes” from civilians of their own Tamil sect. My take is that neither side in this sectarian conflict can claim much moral high ground.

Well, now that the war is in the past – – four years of peace, no lingering violence – – I have a new assignment. The US government is helping to fund the rebuilding of the devastated north and east of Sri Lanka. Believing that rebuilt businesses and factories will lead to jobs and livelihoods that in turn will secure the peace, USAID is providing grants to new and rebuilt businesses. My job will be to evaluate a few of these business to ensure that they are worthy of receiving your tax dollars.

First stop will be Jaffna, capital of the North District. I will evaluate a company making pre-cast concrete blocks used in construction. There is much rebuilding to be done here and an expanded factory can turn out greatly needed building materials to speed reconstruction. Second, I will work with a destroyed rice mill to determine if their request for a grant to purchase a building and equipment is appropriate. At present there is no mill in the area where farmers can sell their rice crop, have it milled, packaged, and shipped to retail stores. Nor is there a place to grind the rice into flour for use in noodles, crackers, etc.

Increased employment, especially of ex-combatants, will solidify the peace. Especially so, since wages are pretty good here: at $160/month, enough to keep a former fighter more interested in a secure job than in an uncertain conflict.

Sri Lanka is classified as a middle income country – – ranked 147 out of 229 listed in the CIA Factbook – – not normally poor enough to warrant such US funding. However the damage caused by 30 years of grinding warfare has created the need for assistance.

Sri Lanka is that tear drop shaped island to the lower right of India. The equator passes just south of Sri Lanka and then there is nothing but water all the way to Antarctica. I am spending my first few days in Colombo, the country’s commercial capital and largest city, preparing for my trip north and getting acquainted with my Sri Lankan colleagues.

I suspect I could spend several weeks just learning their names. Here are the workers whose names begin with T: Thangavel Sakthiyanlingam, Thanujani Kurukulasuriya, Tharanga Gunaratne, and Thayalini Jeyachandran. My bad if I have misspelled any. People appreciate it when addressed by name – – accurately, so memorizing these names has become my challenge and obsession. Sorting through the thick Sri Lankan accent (similar to an Indian accent) makes it difficult for me to even capture a correct spelling for my notebook.

At my high end hotel in Colombo I have been observing a string of weddings all weekend long. Very elaborate, very colorful, and I suspect, likely arranged by the bride and groom’s respective parents. The Sunday newspaper is full of bride- and groom-seeking classified ads, all placed by the parents. Here is a typical example. Read the entire ad, it is culturally enlightening.

If you know of such a woman (and if you are not personally interested in her yourself) please pass her contact info along to the prospective groom’s parents. They will be most appreciative.

2 thoughts on “All Quiet on the Northern Front”