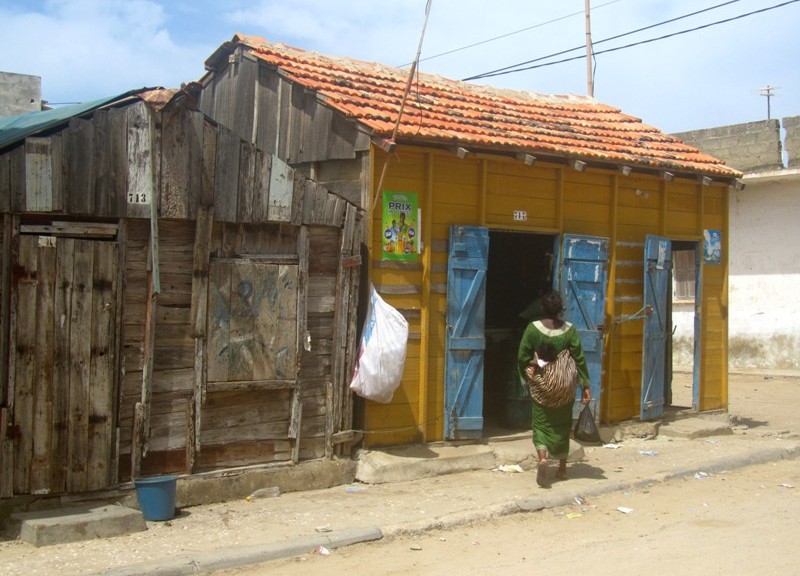 Previously I had reported that many in Africa have trouble grasping what I think is a rather straightforward name, Bill. Finally, I have incorporated a little joke into my personal introduction that guarantees memory. “Hello, my name is Bill. Like Bill Gates or Bill Clinton. Except Bill Gates has more money than I have and Bill Clinton has more girlfriends.” Not only does this guarantee memory, it also guarantees a laugh. I authorize any of you who wish, to use it in Africa when you want to people to think you are a funny guy.

I have finished my work training farmers in two small villages near Tambacounda in eastern Senegal. Some rode 12 miles on horseback to participate in the multiday class. The ones without horses walked, all to learn marketing, negotiating skills, and business planning. After wrapping up with the farmers, I met with the management of their farmers’ cooperative to provide them with advice they had requested regarding organizational improvement. For example, I recommended that they establish staggered terms (like our US Senate) for their board of directors. But, perhaps most importantly, I advised them to listen to the needs of their members. In true African strong man tradition, they were more likely to lecture the members than to listen to them. I passed along a nugget of wisdom I had learned years ago: “Always listen; one never learns anything with his mouth open.” I’m pretty sure they listened.

After the meeting we drove past a dozen eight year old boys kneeling beside the highway. They were dressed alike in white shrouds and were wearing white hoods. They hoped that passersby would contribute a few coins to their community project. And they were undertaking a community project because they had just been circumcised. In this part of Africa male circumcision is a very crucial maturation and cultural milestone. Culture aside, I have seen recent research that shows a 60% decrease in the likelihood of circumcised African males to contract HIV. Put me down in the supporter column.

The Gambia (official name) is a country that is proscribed by a river, two river banks and not much else. It is surrounded by Senegal, save only for its river mouth opening to the Atlantic. I visited The Smiling Coast of Africa (official nickname) after my work in Senegal. Many were smiling in this pleasant narrow country. Not the least of whom were the middle-age European women dating on the arms of young local Gambian men. Age differential: easily three decades, maybe more. I met a German guy who described this as, “The world is upside down.” While I haven’t seen this dating situation elsewhere, I suppose it is little different than older men dating generations younger women. So, no judgment passed.

There are lots of Bumsters in Gambia. These are unemployed young men who hang around the hotels and restaurants…unless they are the select few dating older European women. They are not dangerous, just annoying. Whenever I walk down the street they accost me, selling something or offering unwanted (and unneeded) guide services. They always have a shtick to open a conversation. My favorite: “Hey boss, good to see you again. Yesterday you said you would buy one of my wood carvings.” This was highly suspect for many reasons, but primarily because I had just arrived in country that morning.

Gambia is a predominantly Muslim country and, as such, permits a man to have four wives. A local bumster gave me some valuable life advice: “Four wives, four troubles. One wife, only one trouble. Stick with one, Mister.” Good advice from the Smiling Coast.

One of my favorite stops was St. Louis in northern Senegal. St. Louis was France’s first colonial town in West Africa and became the capital of the entire region. The town is built in a style that is reminiscent of a more dilapidated New Orleans. But here you get the French-African feeling as opposed to the French-Cajun feeling.

In St. Louis I walked into a local hotel from bright sunshine outside. My eyes had not adjusted to the unlit lobby so I was effectively blind for a few seconds. But I strode in purposefully just in case someone important was in the lobby. In full stride my foot hit a six inch high impediment jutting from the floor. Losing balance, I stumbled forward coming precariously close to a face plant. However, to ensure that I didn’t tumble to the ground, I executed what we call in basketball, the jump stop: springing slightly off the ground then landing squarely on both feet simultaneously. My right foot landed solidly on the lobby floor. My left foot landed with an alarmingly loud splash in the lobby fountain. (The impediment was the fountain’s retaining wall.) This sound startled the two, now visible, employees who gasped in unison. Then there was dead silence. And then they burst out laughing. I am pretty sure they weren’t laughing with me. To deflect attention from my bungle, I attempted some lame joke about having found the swimming pool. Sadly, my command of French made this comment totally unintelligible. They could not grasp my clever interjection. They continued to laugh while I retreated to the sunny street outside. I just love making people laugh.