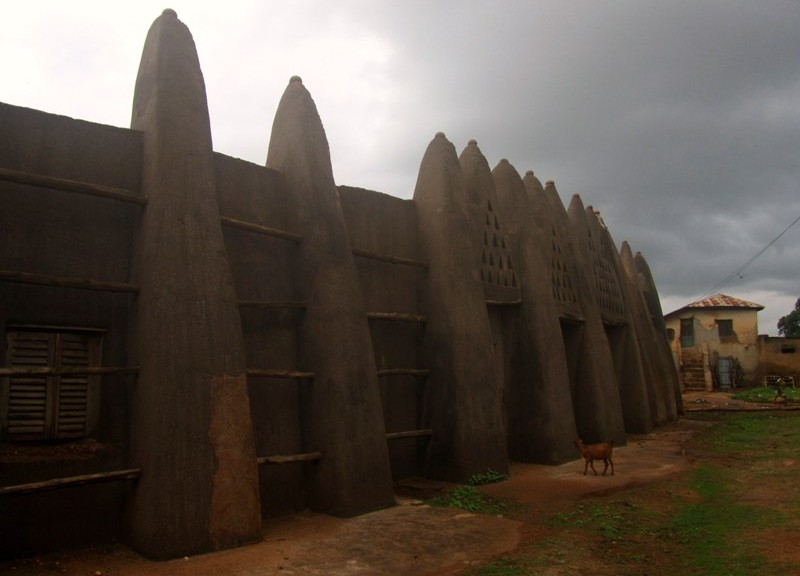 I finished my assignment in Wa one week ago. My client, Antika Company, had asked for my help in business planning, marketing, and organizational improvement. I took a stab at all three. For example, one of the basic tenets of sound marketing is to portray consistency in all company images. I discovered that the company had its name painted in three separate spots on its building. Each of the three spots showed a different name, all somewhat similar, but different nonetheless. We consistency hounds do not approve of this. So for the cost of a bucket of paint and a local sign painter, Antika Company can fix its consistency problem.

I also spent time working with Antika to select one person to consolidate their financial reporting. At present three different individuals use a mix of manual ledgers and Quickbooks, struggling to track their business results. Like in marketing, consistency in record keeping is essential. But enough business talk for now.

I had a bit of free time on my final Sunday there so I walked to WaNa, the mostly ruined former palace of the traditional chief. While not a UNESCO World Heritage site, nor even at the level of a state park, it was interesting enough to warrant a few photos.

And apparently I was interesting enough to attract the attention of a nearby policeman, hungry for cash. He came up from behind, stepped around in front, put his hand on my camera, and demanded that I release it. I complied and then followed him to a small seating area a few yards away. He began to berate me for knowingly breaking the law.

“You know you cannot take pictures of buildings in Ghana without permission!”

I knew better and I told him so. “No, I have been to Ghana before. I traveled all over the country and there is no restriction on taking photos of tourist sites.”

He said, “In your country you can’t just take a picture of the White House or of Obama.”

“Actually, that is perfectly legal to do.”

“No it isn’t. The US, the UK, and Ghana all have the same constitution and it is not permitted.”

At this point I realized I was not in a rational discussion. Consequently, I offered to delete the offending shots.

“No, he said, “we must take you and your camera to the central police station because you don’t respect my uniform.” Clearly his goal was to extract a bribe. In principal I prefer to avoid paying bribes. So, I elected to play my trump card.

“I respect your uniform very much. I was a Captain in the US Army and I respect all men in uniform.”

He seemed a bit awestruck when he responded, “Oh, you were a captain?”

At this point I thought of strutting around a bit, but decided that would be overkill.
“Yes, but now I am doing volunteer business work to help your country.”

“Oh, then please just delete the photos and everything will be alright.”

Then he said I could go back to the palace and re-photograph.

Lesson: Never mess with a (former) Captain in the US Army.

Postscript: He deferentially accompanied me back to the palace and showed me around. I am pretty sure that palace tours are not an approved role for the uniformed police force. And his knowledge of the palace was extremely limited. Then he asked if I could give him a small tip. He willing accepted the $2 I offered.

So in the end did I pay the bribe? Or did I give a tip to a nice policeman who showed me around? You decide.

As usual I tacked on a few days post assignment to see some nearby sights. I selected next door Togo where I found the small town of Kpalime (silent K) to be an ideal spot for R and R. Kpalime is a typical African trading and market town with an interesting overlay of artisanal crafts shops, wannabe guides, rastas (usually offering drumming lessons), aging western hippies, one Goth, and other assorted misfits. (Apologies to my hippie and Goth friends.)

I found a legitimate guide, Jerome, to take me on a six hour trek through the hills and forests a few miles outside of town. We passed the ruined German colonial capital – – Germany, after their second place finish in WW1, relinquished their West African colonies to France and Britain. We hiked past small fields tucked into the jungle, visiting patches of cola nuts (a prime ingredient in Coca Cola…not counting sugar and water of course), cacao (chocolate), coffee, yams, cassava (tapioca), and palm nuts (palm oil).

Electric colored butterflies flooded around us. We stopped for lunch near a natural pool and waterfall where I took a refreshing plunge to wash off several hours of jungle sweat.

Jerome pointed out various rainforest plants used for traditional healing and for natural dyes. For example, the indigo leaf to make a midnight blue, in fact so midnight that it looked black to my inartistic eye. We also passed a few fields with voodoo symbols warning people not to steal crops at the risk of angering a giant snake that would materialize if a thief should enter the field. I am not a thief and I saw no snake.

As a result of this trek I have now become an accomplished jungle guide myself. Anyone who would like me to lead you though the rainforest on my next assignment, kindly get in touch. The only catch: you will have to pay the bribes.

One thought on “The Bribe: to pay or not to pay”